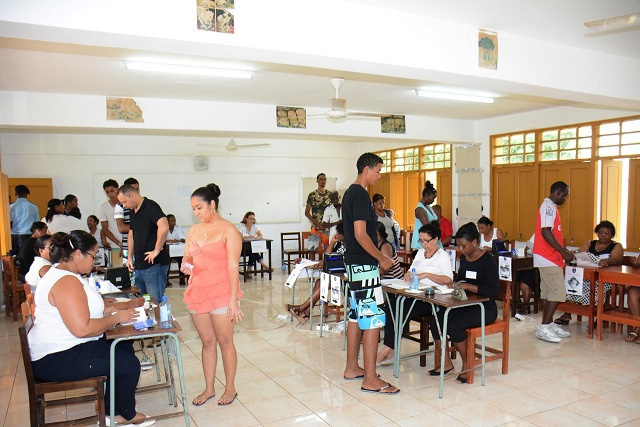 (Seychelles News Agency) - Seychelles' National Assembly has approved 17 amendments to the Election Act which seek to ensure a fair electoral process in the island nation.

The Elections Amendments Bill 2020 was presented Wednesday by Vice-President Vincent Meriton, who said that the electoral commission conducted an exercise in 2017 to review the legal electoral framework governing elections in Seychelles.

"The aim of the exercise was to reassure the adoption of good democratic practices that will ensure fair and just elections in the country," said Meriton.

Twenty members voted in favour of the Bill and no one voted against.

The bill addresses the issue that arose during the last presidential election with regards to "votes cast" and "valid votes cast" to determine the results of an election.

The last presidential election in Seychelles was held at the end of 2015 when the incumbent President James Michel won a third and final mandate.

The result of the election ended up in court as the leader of Linyon Demokratik Seselwa, Wavel Ramkalawan, petitioned the court to rule that none of the two candidates had obtained the absolute majority of the votes cast, and to declare void the results on the basis of irregularities committed and non-compliance to the electoral laws.

Among the amendments made to the Election Act are clear definitions of spoiled ballot paper, total votes cast and valid votes cast.

Another proposal to the Bill sought to reduce the number of voters that a candidate would need to support their nomination to 50 for a presidential candidate and 10 for a legislative candidate.

After consultations over the Bill with political parties and the civil society, the electoral commission presented recommendations for the electoral reforms.

Meriton explained following the process, the government found it necessary to propose modifications to the Electoral Act and other laws related to the electoral process.

"In fact, before finalizing the law, the electoral commission has re-consulted the representatives of political parties," said Meriton.

According to Article 116 of the Constitution, the electoral commission has the mandate to analyse and revise laws governing elections and to make appropriate recommendations to government.

Types of ballots that are to be used during the elections and security measures to ensure fair elections were also among amendments passed on Wednesday.

The Electoral Commission of Seychelles, a group of 115 islands in the western Indian Ocean, had provisionally set October 22-24 for the presidential elections. The Commission confirmed in a communique last week that the presidential and National Assembly elections will be held together.