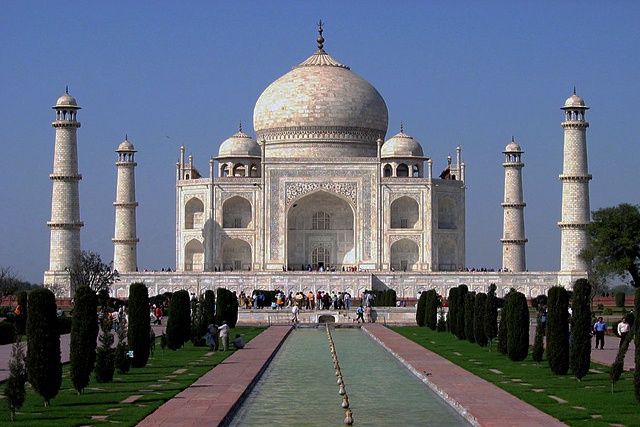 (Seychelles News Agency) - Seychelles could soon be receiving a boost to tourism figures from the Indian subcontinent, as the Chief executive Officer of the Seychelles Civil Aviation Authority (SCAA), Gilbert Faure, signed a bilateral air services agreement with the joint secretary of the government of India, Anil Srivastava, in the capital of New Delhi.

Before individual airlines can agree to begin international services to another country, the respective airlines’ governments must first negotiate a bilateral agreement known as air services agreements (ASAs), which contain provisions on issues such as traffic rights, tariffs and the number of flights that can be operated per week.

According to a press release from the SCAA, the agreement was an upgrade to a more modern ASA as the existing bilateral agreement was outdated. Air Seychelles and Air India have both provided direct flights between the two countries in times gone by.

The agreement has been described as a “symbol of the longstanding friendship and the prevailing commercial interest in the field of air transportation that exists between the two countries,” by the SCAA.

“The primary purpose of this arrangement is to rebuild this air link be it by an airline from Seychelles or India or both” said Faure. “Today, through the conclusion of this new framework, the two countries have confirmed their reengagement in the field of civil aviation for the betterment of the travelling public.”

Seychelles also this week signed a similar ASA with the civil aviation authority in Cambodia, in continuing attempt to open the Seychelles International Airport to the rest of the world.

The agreement with India marks the fifth ASA which has been signed in total since the beginning of the year, and more are expected to be formalised during the ICAO Air Services Negotiation (ICAN) event taking place in Bali, Indonesia in November.

Joel Morgan, the Seychelles Minister of Home Affairs and Transport welcomed the signing of the air service agreement, describing the relationship between Seychelles an India as natural and long-standing.

“The two countries have forged excellent link and cooperation in multiple sectors, ranging from trade and commerce, tourism, defense and security, economic development, environment and renewable energy, education and training, human resources development, infrastructure, transport and connectivity to health as well as youth and sports,” he said in the statement.

The agreement comes just weeks before the celebration of the much-anticipated second annual Seychelles-India Day Festival (3-5 October), an event that aims to celebrate Indian culture in Seychelles and sees celebrity singers, dancers, musicians and chefs from India making their way to Seychelles to entertain local audiences.

Indian people have played an important historical role in the demographics of the modern Seychelles, which boasts a majority Creole population with mixed African, European, Indian and Chinese ancestry. The island nation also has a vibrant Indian minority population, with its associated religious and cultural traditions.

Aside from whisking Indian celebrities for future Seychelles-India Day celebrations to and from Seychelles, other reasons for a direct air link include the commercial sourcing of goods such as medicines, essential oils, spices and furniture from India as well as health tourism from Seychelles to India.

Despite the current lack of direct routes, an average of 2,500 Indian nationals visit Seychelles each year, and according to the National Bureau of Statistics, Indian arrivals increased by 9 percent for the first half of 2014 compared to the same period last year.

To combat decreasing visitor arrival from traditional tourism markets in Europe, the Seychelles Ministry of Tourism and Culture have for several years been focusing their attention on non-traditional markets such as the Far East.

The plan seems to be paying off, since for the first time the Chinese visitor arrival hit the 10,000 mark, making China the fifth highest source of tourism for the island nation.

The archipelago's Tourism and Culture Minister Alain St Ange has already set his sights squarely on the Indian market for expansion, with direct air links likely to be a major component of the forthcoming strategy.

St Ange led a delegation comprising of representatives of the island nations’ tourism sector and business community to New Delhi and Mumbai last month during which they participated in roadshows to promote the island nation as a tourism destination and engaged in networking with Indian businessmen.