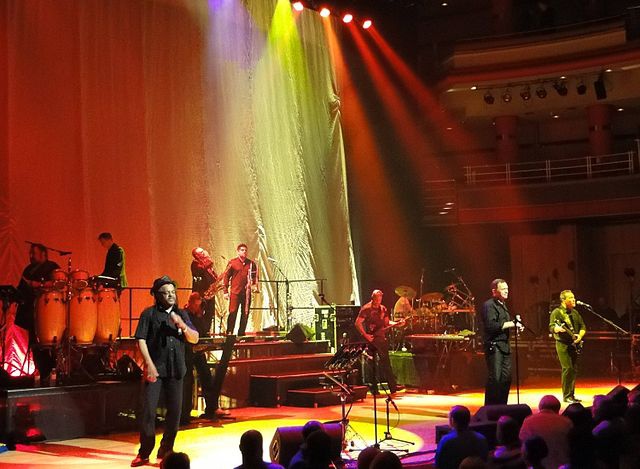 (Seychelles News Agency) - UB40 is famous for iconic songs such as "Red Red Wine", "Can’t Help Falling In Love With You" and "I Got You Babe," and in just over a week, Seychellois people will also be falling in love with one of the most famous reggae-pop bands the world has ever seen.

The setting will surely be one of the most exotic the band has ever performed in; they will be the main act at the opening ceremony of Seychelles’ first business hotel, Eden Bleu, situated on the Eden Island development on 18 October. The band that has sold over 70 million records worldwide will be playing on a floating stage in the luxurious yacht marina, overlooked by the granitic mountains of La Misére on the mainland.

The developers of the scenic Eden Island, which was built on land reclaimed from the sea, are expecting around 600 people to attend the opening event, but says tickets will not be for sale but would rather be allocated to various groups of people.

Peter Smith, Sales and Marketing Director for the Eden Island Development Company, told SNA that in addition to the 100 or so hotel guests flying in from around the world, the opening event would be attended by around 400 invited Seychellois guests, including media, government officials, business people and other VIPS as well as winners of free tickets from several competitions being run by various companies and media outlets in Seychelles.

“On top of that, we are doing other allocations and there will be other tickets, for example we will be allocating tickets to all the shop owners in Eden Plaza. It is a private event but we are making it as public as we can, depending on the space that’s available,” said Smith.

In addition to UB40, well-known South African folk artist Jeremy Loops will be performing and Smith says a variety of Seychellois artists will be lending their Creole touch to the evening, including DJ Aubrey, the Seychelles National Choir and traditional Creole sega dancers. The sales and marketing director described being able to bring the acts to Eden Island as a “huge coup” for the management and said the sheer variety of musical genres was sure to be a crowd-pleaser.

“We’ve got a really good evening of entertainment and cultural activities lined up,” he said. “We tried to give all the visiting delegates a good taste of Seychelles, so we are also organising boat charters, snorkelling trips and tours around Mahé.”

Smith added that after the hotel’s grand opening on the October 18, the hotel will open to the public on November 1.

“It’s essentially a conference and business hotel, it has a conference centre for 340 people. It’s an ideal place for weddings and big receptions and for government meetings and conferences,” he said. “It’s an electronically-savvy hotel.”

This isn’t the first time UB40 has visited in Seychelles, but organisers will be hoping that things will go smoother than last time around. In July 1990, the British band, then still in their heyday of global popularity, had to cut their hugely-anticipated performance at Stad Popiler short after a bottle of water fell into the music-mixing equipment.

Several band members and technicians were deported from Seychelles soon afterwards when they were arrested on suspicion of possessing marijuana.

In 2008, the iconic lead singer and frontman of the band, Ali Campbell, left the group after 30 years and began to tour with former bandmate Mickey Virtue under the name UB40, leading to a legal wrangle that has still not been resolved. Ali’s brother, Robin Campbell, who brought in their other brother Duncan into the original band to perform lead vocals, is now suing the breakaway group for the sole right to use the name.

Smith has confirmed to SNA that the band that will be performing at the Eden Bleu hotel opening will be the original UB40 featuring Robin and Duncan Campbell.