Visa free travel to UAE for all Seychelles passports soon 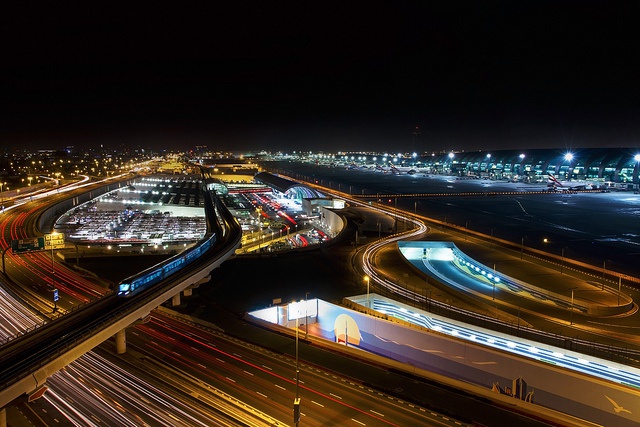 (Seychelles News Agency) - Seychellois passport holders will no longer need to apply for a visa when travelling to the United Arab Emirates (UAE) once a new visa waiver agreement signed between the two countries comes into force.

Seychelles, an Indian Ocean archipelago of 115 island with a population of around 90, 000 people has become the first country in Africa whose citizens do not need a visa to travel to the UAE which is the most popular destination for Seychellois travellers.

According to figures published by the National Bureau of Statistics (NBS) in 2013, 8,981 trips were made by Seychellois citizens to the UAE, as the two destinations are linked by direct flights on the Seychelles national carrier Air Seychelles, and the two UAE carriers Etihad Airways and Emirates airline.

Mauritius was the second most popular choice for travellers (6,472) followed by South Africa (4,441) in a total of 32,774 short overseas trips made by Seychelles citizens in 2013.

Currently, Seychellois traveling to anywhere within the UAE have to go through agencies offering visa services like BDA Overseas.

A representative of the company Jim Bonnelame told SNA in an email that the current visa service the company is offering is done through travel agent in Dubai and is valid for 14 days at a cost of $120 per application.

This is for people travelling to either Dubai or Abu Dhabi.

“It normally takes three working days for processing and approval,” Bonnelame told SNA in an email.

Dubai-based Emirates airline that has an office in Seychelles also processes visa applications for its passengers bound for Dubai.

The visa waiver for all Seychellois nationals when travelling to the UAE comes two years after the signing of an agreement that exempted Seychellois diplomatic and official passport holders only from visa requirements.

The agreement makes provision for Seychellois passport holders to travel to the UAE visa free for a period of no more than 90 days while ensuring that requirements set by the UAE Immigration Authority are fully met.

The Ministry of Foreign Affairs has stressed that the visa waiver “does not allow for Seychellois nationals to work or pursue studies within the territory of the UAE, unless prior authorization from the authorities concerned is given.”

The ministry says the public will be informed in due course as and when the agreement comes into effect once internal procedures pertaining to both sides are completed.

In a statement issued by State House this morning, the Seychelles Minister for Foreign Affairs who signed the agreement on behalf of the Seychelles government yesterday described it as a “fulfillment of a pledge made to the people of Seychelles facilitating unrestricted access and greater connectivity to the world.”

“It has always been a matter of policy for the Government of Seychelles, and the unrelenting mission of the Ministry of Foreign Affairs to remove restrictive visa barriers for Seychellois wishing to travel. Visa free entry for all Seychellois to the UAE heralds a new period in travel for our people,” said Adam.

For his part the Seychellois Head of State has described the signing as testament to the close relationship and the strength of the partnership between Seychelles and the United Arab Emirates.

“Seychelles is the first African country to not need a visa when entering the UAE which is symbolic of the longstanding relationship which will further bolster our two countries bilateral ties," said Michel who also attended the Abu Dhabi Formula One Grand Prix together with his delegation as guests of His Highness Sheikh Mohammed bin Zayed Al Nahyan, Crown Prince of Abu Dhabi and Deputy Supreme Commander of the UAE Armed Forces.

“The signing of this agreement greatly advances cooperation conducive to both sides. We count on reinforcing this common success by the signing of this document. We always consider the UAE a great friend and always well disposed towards Seychelles.”

Seychelles joins the list of over 40 nations whose people are exempted from visa requirements when entering the UAE.

Seychelles is also the first African country to have visa free travel for all passports with China. A visa waiver agreement to that effect was signed in May last year.

An infographic published by GOOD Magazine earlier this year, which ranked countries according to the number of countries their passports can enter either without a visa, or with a visa on arrival, revealed that Seychelles passport holders have access to 126 countries, making it the African passport with the best access to the world, sitting in 28th position worldwide.

The Seychelles Ministry of Foreign Affairs revealed at the time that it places a priority on negotiating for bilateral visa waiver agreements when it engages in diplomatic relations with any state.

While the majority of these visa waivers are obtained for all Seychelles passport holders, there are some countries which are for diplomatic and official passport holders only as was the case with the UAE.

According to the Seychelles Ministry of Foreign Affairs website, the UAE was until now amongst 5 countries that exempted Seychellois diplomatic and official passport holders only from visa requirements.