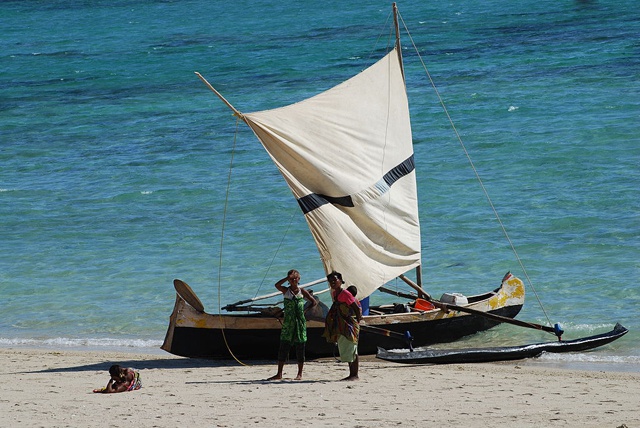 (Seychelles News Agency) - The president of Madagascar, Hery Rajaonarimampianina, has pledged to triple his country’s marine protected areas and set up a legal framework to defend local communities’ rights to manage their own fishing grounds.

The framework will formalise existing locally-managed marine areas (LMMAs), which now cover over 7% of Madagascar's waters.

According to Madagascar-based marine conservation organisation Blue Ventures, the announcement, which was made at the International Union for the Conservation of Nature (IUCN)'s recent World Parks Congress in Sydney, will mean the creation of a 4,300 kilometre-square locally-managed marine protected area across the Barren Isles group of small islands off the west coast of Madagascar.

The Barren Isles area is home to some of the most pristine coral reefs in the western Indian Ocean region, and supports the livelihoods of thousands of small-scale fishers.

Madagascar has already surpassed its pledges made for the 2003 World Parks Congress ‘Durban Vision’ to more than triple the total area of Madagascar’s protected areas, and President Rajaonarimampianina renewed his country’s dedication to protecting one of the world’s few remaining ‘biodiversity hotspots’.

Up to 90 percent of Madagascar’s wildlife cannot be found anywhere else on earth. The fourth-largest island in the world, it is one of the world’s richest biological settings, boasting lemurs, baobabs, rainforest, beaches, desert, a multitude of smaller islands off the main coastline and healthy marine reefs.

“Madagascar has achieved its [Durban] goal, but we can and will do better,” explained President Rajaonarimampianina during his address at a WWF-organised side event. “Our natural capital is one of our greatest assets. This is why we are placing biodiversity and natural resources at the heart of our new national development plan.”

Most of the country's export revenue is derived from the textiles industry, fish and shellfish, vanilla, cloves and other foodstuffs, although the country now has significant prospects in the offshore oil and gas industry.

Seeing beyond the Durban Vision

The new target was set by conservationists based on the outcome of over 80 scientific studies.

The once-in-a-decade IUCN World Parks Congress brings together world leaders, scientists, conservationists and local community members – all in all over 6,000 delegates from 170 countries who converged on Sydney this year to discuss the role of protected areas in conserving biodiversity.

Globally, over a billion people depend on fish as a source of protein, and 500 million are supported by small-scale local fishing activities.

The executive director of Blue Ventures, Dr Alasdair Harris, said it was encouraging to see such a strong focus being placed on protecting the world’s oceans.

“While the challenge is daunting, successes like Fiji’s LMMA network, which now covers nearly 80% of the country’s coastal waters, show us what can be achieved by putting communities in the driving seat of conservation efforts,” he said.

The challenge will now be to ensure that the new policy will serve the interests of the local Madagascan communities who depend on the ocean for their livelihoods.

In countries such as Fiji and Costa Rica, locally-managed marine areas have proven highly effective in ensuring local participation and benefit over fisheries management and marine biodiversity conservation.

Judging by the successes of LMMAs elsewhere in the world, Madagascar’s bold plan to put local communities in the driver’s seat of fisheries may be a good example for its western Indian Ocean neighbours.

During an interview SNA conducted with Dr Harris previously on a study concerning Seychelles’ coral reefs, the Blue Ventures director said that protecting more marine areas in the Seychelles should be an “urgent national priority”.

The Seychelles archipelago of 115 islands has a total land area of 455 square kilometres spread over an Exclusive Economic Zone of 1.3 million square kilometres. Although half of the Seychelles’ land territory is protected under law as nature reserves, only around two percent of its waters are protected as no-take marine areas.

The Seychelles Ministry of Environment and Energy announced in June that it was in the process of drawing up a Marine Spatial Plan (MSP) which would clearly demarcate areas designated for fishing, recreation, oil exploration and tapping as well as harnessing of renewable energy sources.