Seychelles will be vocal in its plea to limit global temperatures to below 1.5°C 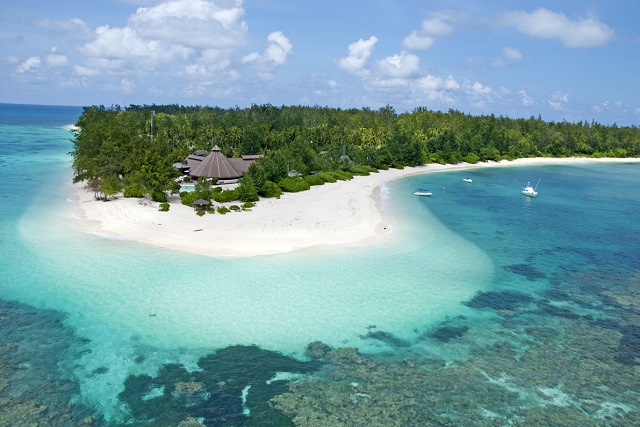 Denis island, one of the low-lying coralline islands of the Seychelles archipelago in the Indian Ocean, which is threatened by sea-level rise, one of the many adverse effects of climate change to small island states. (Gerard Larose, Seychelles Tourism Board)

(Seychelles News Agency) - As the Seychelles islands joined the tough climate negotiations in Peru this week, the islands’ foreign minister Jean Paul Adam urged the world to find solutions to climate change through both mitigation and adaptation practices, and reiterated that efforts be made to limit global temperature rises to below 1.5 degrees celsius.

Adam spoke on Tuesday at the 20th meeting of the Conference of Parties (COP) of the United Nations Framework Convention on Climate Change in Lima, Peru, which ends on Friday.

A major goal of the UN meeting is to define the individual country plans targeting the reduction of greenhouse gas emissions for nearly 200 countries. This is in preparation for a final agreement on emissions which is planned at the Paris climate conference in December 2015, and which would take effect in 2020.

According to a press statement issued by the Indian Ocean archipelago’s foreign ministry, Adam referred to the recommendations made at the November meeting of ministers from island members of the Alliance of Small Island States (AOSIS) in Seychelles,  warning that Small islands Developing States (SIDS), ‘would have to be innovative to overcome the adverse effects of climate change’.

“We must accelerate near term mitigation action based on scientific assessments of the projected impact of emissions.  We are all deeply concerned by the IPCC’s conclusions in the fifth synthesis report that emissions have reached the highest level in history and the report of the WMO that constant temperature rises have become the norm of this young 21st century.  This is why we continue to call for temperature rises to be limited to 1.5 degrees and suggest that the 2013-2015 review as prescribed in Copenhagen is undertaken to re-assess the adequacy of targets being used,” said Adam.

In his address, Adam advocated initiatives to compensate small islands for climate change adaptation projects, citing the Seychelles initiative of the ‘blue economy’, which has been praised by developed countries such as France, as a means of adaptation to climate change and economic growth of the 115 islands archipelago.

He cited the Green Climate Fund as a means for achieving sustainable development whilst urging for ‘the adoption of a vulnerability index’ to justify and prioritize funding for developing countries.

Last week, the Seychelles President James Michel met with French President Francois Hollande in Paris, where they discussed work ahead of the 2015 Paris climate conference.

"We share France’s resolve to see the adoption of a legally binding agreement at the Paris Conference in December 2015. We are calling on all partners to ensure that the Lima Conference leads to the conclusion of an agreement at the December conference. As a small island developing state in the Indian Ocean, Seychelles is willing to work with France and other island states, to help overcome the barriers that still exist to finalize such an agreement," said Michel at the meeting.