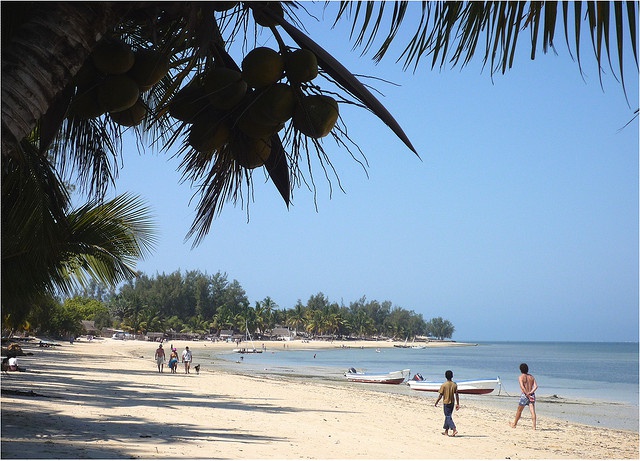 A beach in Madagascar. Seychelles and Madagascar are finding ways to work together to market the two destinations to maximise the recent opening in air access between the two countries. (Chris/Flickr) Photo License: (CC BY-SA 2.0)

(Seychelles News Agency) - The launching of flights by the Seychelles national airline, Air Seychelles to link the Indian Ocean archipelago’s mainland of Mahé to Madagascar's capital of Antananarivo is prompting the two island nations to forge partnerships for marketing as twin destinations.

According to Air Seychelles, the load factors on the Mahé – Antananarivo route "are showing steady growth" in line with what the airline had forecast.

"In December 2014, the month of the route launch, we saw immediate demand from Malagasy expatriate workers traveling home for the festive season. Forward bookings from this important market are strong. As planned, a large proportion of onward bookings from Seychelles are to Mumbai, to which we offer the fastest connections from Madagascar,” an Air Seychelles spokesperson told SNA in an emailed statement.

The re-launching of flights from Seychelles to Madagascar after a hiatus of 33 year has now been followed by the signing of a codesharing agreement between the two countries’ respective national airlines on Wednesday which will allow Air Seychelles to carry Air Madagascar’s MD airline designator and flight code on Air Seychelles’ twice-weekly flights between Antananarivo and Mahé.

Rabaritsialonina also noted that Air Madagascar, which serves 11 foreign cities besides its domestic network, has just renewed its fleet and presently operates two Airbus A340, one Boeing 737 and seven ATRs.

With the codeshare agreement signed, Air Madagascar has now partnered with Air Seychelles and the two islands’ tourism board to find ways to develop partnership that will allow increased tourism as well as trade opportunities for the benefit of both countries.

The two organisations brought together tourism and trade representatives from Madagascar to the Seychelles capital of Victoria on Thursday to meet with travel operators and hotel representatives to discuss how this can be achieved.

Tourism is the main pillar of the Seychelles economy, with the Seychelles National Bureau of Statistics recording 232,667 visitors to its shores in 2014. Visitors fly from far and wide across the world to the Seychelles archipelago of 115 islands, which boast beautiful white beaches alongside lush tropical vegetation.

For Daphne Parisot of Madagascar's National Tourism Council, Madagascar which boasts a 5,000 km coastline “offers some similar attractions to Seychelles, such as beaches and aquatic sports which can be complementary.”

Bird watching and the wide range of exotic fauna and flora of Madagascar is also being touted as a complementary feature.

Up to 90 percent of Madagascar’s wildlife cannot be found anywhere else on earth, which is why scientists call the island a biodiversity hotspot boasting lemurs, baobabs, rainforest, beaches, desert, as well as a multitude of smaller islands off the main coastline and pristine marine reefs.

Madagascar also boasts three UNESCO World Heritage Sites —the rainforests of the Atsinanana, the Tsingy de Bemaraha Strict Nature Reserve, and the Royal Hill of Ambohimanga, the spiritual centre of the Merina people.

Parisot told SNA that the cultural diversities among the 18 ethnic groups constituting Madagascar's population of over 20 million as another attraction for some visitors.

Also responsible for the Vanilla Islands Organisation (VIO)'s e-marketing, she said that the organisation is making increasing use of the social media for promoting its member islands, noting that a Facebook page promoting Seychelles and Madagascar from Paris, launched early December, has to date attracted 73,000 fans.

"Within the VIO, there is that desire to be seen as an ensemble, rather than individual destinations."

While tourists to the Seychelles do not require visas for stays of up to three months, tourists visiting Madagascar for less than 30 days can obtain a free visa upon arrival.