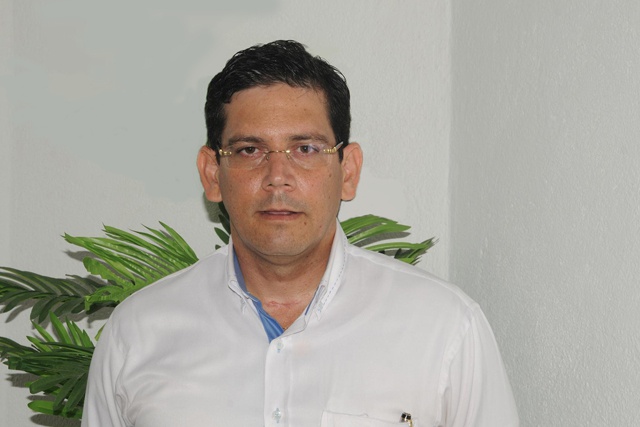 (Seychelles News Agency) - The Seychelles business community has re-elected Marco Francis as the chairman of the archipelago’s Chamber of Commerce and Industry (SCCI) for another two-year term.

The vote took place Thursday afternoon during SCCI’s Annual General Meeting held at the International Conference Centre, in the Seychelles capital of Victoria.

While SNA counted just under 150 members present for the election, some 396 members had registered to vote, meaning that many of those present were casting up to a dozen proxy votes on behalf of absent members.

One member, Christopher Gill, told SNA that all his proxy votes were for SCCI members residing on the Seychelles second most populated island of Praslin.

The SCCI Chairman has told SNA that the constitution of the organisation states that if any member is unable to make it for the election that person can name a proxy to vote on his behalf.

Out of the 396 votes, Francis obtained 284 while his rival candidate for the post of Chairman, lawyer Clifford Andre obtained 102 votes.

Following the election, Andre has said that there is a possibility that he will contest the results after he analyses what he has described as 'certain irregularities'.

Andre told SNA that one of his complaints is that "the contenders did not have a clear and certified list of voters".

Interviewed by SNA, Francis said for him it’s not just a win but to have won over 70 percent of the votes “means the members are happy with the direction over the last two years and would like to see continuity.”

The chairman said membership of the SCCI had more than doubled to about 400 over the past two years.

For his new term as chairman, Francis says his main goal will be to engage members in dialogue with the policy makers, primarily by means of multi-sectorial meetings held with the tourism sector every month which was started in collaboration with Vice-President Danny Faure last year.

Towards this end, he told SNA that he will be travelling to Praslin today along with officials from the Central Bank of Seychelles and relevant Ministries for a meeting with the business community to discuss constraints faced by businessmen on the island.

Francis also plans to carry on with projects already initiated during his previous term, including the building of the Chamber House and the setting up of an arbitration centre, a platform for resolving trade disputes, for which funding has already been pledged by the European Union (EU).

However, the election of the head of the chamber, which represents the interest of the private sector in Seychelles, did not pass without its tense moments.

According to an article published in daily newspaper, Today in Seychelles, Judge Govinden ruled that Roselie had been unable to substantiate his claims that the announcement of the election date by the SCCI represented a “breach of [his right] as a member to participate fairly in the election process.”

Roselie was vying for the post of treasurer alongside Clifford Andre and Ahmed Afif for the posts of chairman and vice-chairman respectively.

These high profile posts on the SCCI management council have been filled by the candidates on Francis' opposing ticket.

Nine other councillors from a total of 34 candidates were also elected, each with specific responsibilities for various business sectors, including employment, tourism, fisheries, boat hire, small business, retail trade and construction.

Francis has signalled that this will be his last term as SCCI Chairman, despite the chamber's constitution allowing for a chairman to serve three mandates.