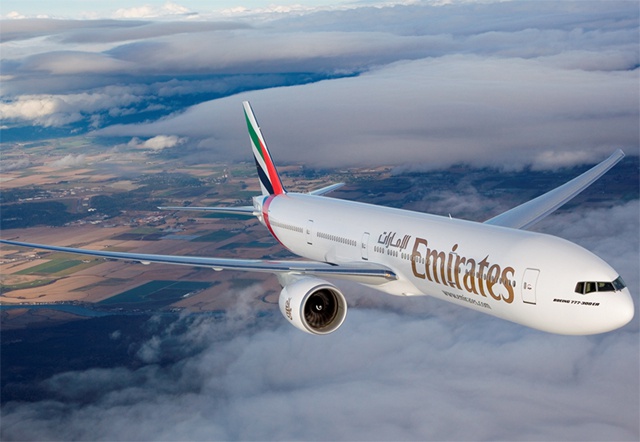 The airline will be introducing a second Boeing 777-300 aircraft on the Seychelles route as of June 1, replacing the Airbus 330-200 currently in use.

Emirates started flying to the island nation in 2005.

It first introduced twice daily flights to Seychelles in 2012 following an increase in demand for passenger seats but this was reduced to 12 flights a week in 2013.

The double daily flights were resumed in October last year.

According to a press statement issued by the Dubai-based airline, having two Boeing 777-300 on the Dubai-Seychelles route, will increase overall passenger capacity by 1722 seats per week.

Emirates’ Senior Vice President, Commercial Operations, Latin America, Central and Southern Africa Orhan Abbas has said that the airline has experienced consistent growth over its 10 year operation on the Seychelles route which has led the company to gradually increase flight frequencies and deploy larger aircraft to meet growing demand.

“The island draws a lot of leisure travellers from across our network, with many coming from the Middle East, Europe and Russia. In 2014, Emirates carried well in excess of 200 000 customers to and from the Seychelles,” said Abbas.

The Boeing 777-300 will have a carrying capacity of 360 with 8 First Class Private Suites, 42 lie flat seats in Business Class and 310 Economy Class seats.

Trade potential is also expected to increase as the larger aircraft provides for an additional cargo capacity of over 80 tonnes per week on the route.

"The announcement by Emirates that they will be introducing a second Boeing 777 on the Seychelles route is indeed good news for the tourism industry of our islands. This announcement also guarantees our visitors that they can now enjoy the Dubai – Seychelles service with three classes on both Emirates flights every day,” said the Seychelles Minister for Tourism and Culture Alain St. Ange in the press statement.

Emirates Airline is among the three main airlines flying in visitors to Seychelles, the other two being the archipelago’s national airline, Air Seychelles and its Strategic partner UAE’s Etihad Airways. There is also Ethiopian Airlines that has been offering its international passengers onward connections to the Seychelles main island of Mahé from Addis Ababa

Tourism is the first pillar of the Indian Ocean island nation economy. A total of 232,667 landed in Seychelles between January and December 2014.

For 2015, a total of 71,134 visitors have visited Seychelles up to April 5, which according to the National Bureau of Statistics is 16 percent above last year’s figure for the same period.

The leading markets to date are: