'A lot can be achieved through hard work and determination', says new Master of the Seychelles Supreme Court 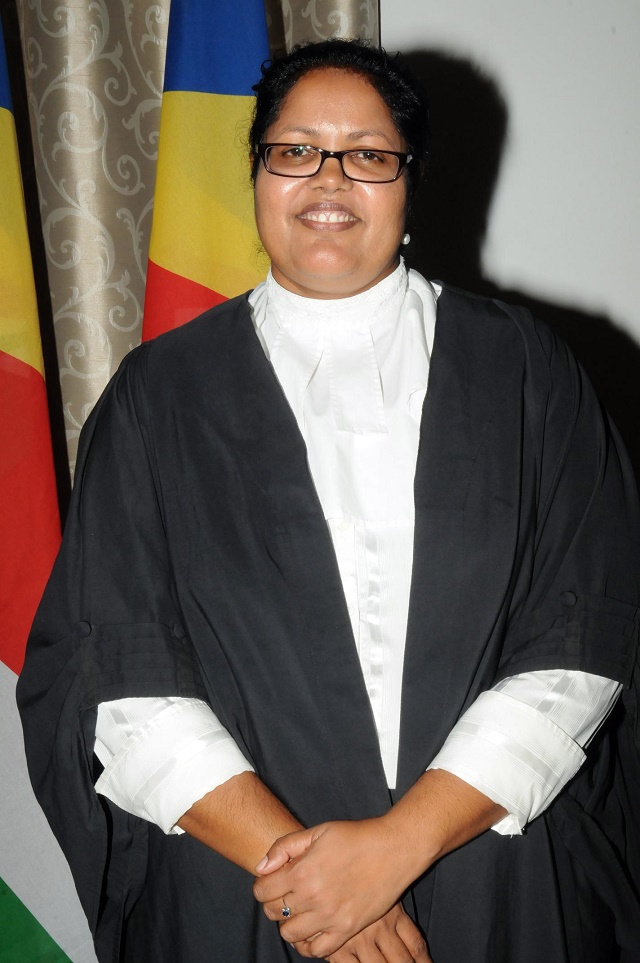 (Seychelles News Agency) - 'Another Seychellois woman has taken up a key position in the island nation’s judiciary, following the swearing-in of Ellen Carolus as the new Master of the Supreme Court.

Carolus took the oaths of Allegiance and the Judicial Oath at State House this morning, in the presence of President James Michel, high officials of the judiciary and the government, as well as members of her family.

As a procedural judge, the Master of the Supreme Court may have cases filed before the Court “mentioned” before her. She is also able to set dates for cases to be heard before a judge.

The Seychelles Constitution also makes provision for the Master of the Supreme Court to rule on certain cases. This includes non-contested divorce cases, uncontested appointment and confirmation of executors, and all matters of pleadings and procedure up to the stage of hearing, in civil cases, and such other matters as determined by the Chief Justice.

There are however certain limitations guiding the powers and jurisdiction of the Master including that she cannot make any decision, which may affect a person’s liberty.

Carolus’ appointment by Michel on the recommendation of the Constitutional Court Authority means she is filling a role that has been vacant since the last person to occupy the post left in 2010.

Speaking to the local press this morning, she attributed her appointment to her hard work and devotion towards her legal career.

“It is a great honour to be appointed to this post...the judiciary is an institution that plays a very important role and I am proud to belong to this institution,” said Carolus.

“This appointment is also a way for me to serve my country and the Seychellois people. With regards to my professional career it is a great step forward, which makes me very happy.”

Carolus’ appointment comes almost two months after that of Mathilda Twomey as the first Seychellois woman to hold the position of Chief Justice of the Supreme Court, which also has two female judges.

“I think this will serve as an example for other women especially the youth… to show that a lot can be achieved through hard work and determination,” said Carolus.

Holder of a Law degree obtained from the University of Mauritius, Ellen Carolus started her legal career as a trainee prosecutor in the office of the Attorney General in 1992.

In 2008, she attended the judicial and legal training institute of Malaysia for translating policy into legislature. She has been a full member of the Commonwealth Association of Legislative Counsels since 2012.

Carolus has been practising as an Attorney-at-Law in the Supreme Court of Seychelles since 2009, and has also served as the Director of Legal Affairs at the Fair Trading Commission, as well as a legal consultant on various projects

Before being appointed Master of the Supreme Court, her most recent post was Legal Counsel to the SACOS Insurance Group.