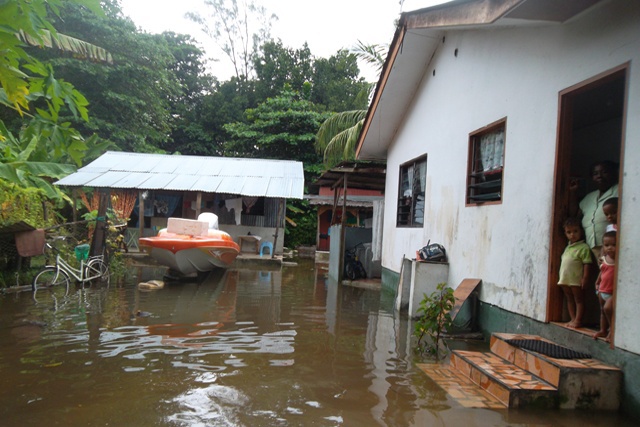 (Seychelles News Agency) - The Seychelles joined other small island states at the COP21 summit in France this month to negotiate for common environmental objectives, a top government official said Tuesday.

Minister of Environment Didier Dogley said the negotiations that saw 196 nations reach a global environmental agreement needed a lot of diplomacy as each state had its own interests to pursue.

Together with the Alliance of Small Island States (AOSIS), Seychelles pushed to hold the increase in global average temperatures to  1.5 degrees Celsius above pre-industrial levels.

Dogley admitted that with the tough negotiations, members had to compromise.

The Cop21 summit gave Seychelles and other small island nations the opportunity to join together for common objectives.

“This a chance for Small Island States to show that we are not only waiting for the conclusion of those big conferences but we are taking the initiative to address problems ourselves with the help of partners,” said Dogley.

On Seychelles’ agenda was creating funds for adaption projects to address climate change effects. Funds will also be needed for reconstruction when nations face major disasters such as super storms.

“Our main point of negotiation is that the world must do its maximum so not to allow climate change to reach the point that we [islanders] can no longer live in our home land,” said Dogley.

The country has spent 1.5 million dollars for such projects due to flooding and small landslides, said the minister.

It was agreed at the summit that by 2020, 100 billion dollars will be provided to various funds to help deal with disaster effects.

Dogley said that Seychelles also shared its debt swap initiative. The deal for the transfer of 30 million dollars of debt will go to ocean conservancy projects. This has been possible with the help of The Nature Conservancy and the Paris Club.

The initiative was well received, and other small islands states such as Jamaica, Grenada and Palau expressed their interest in the matter.