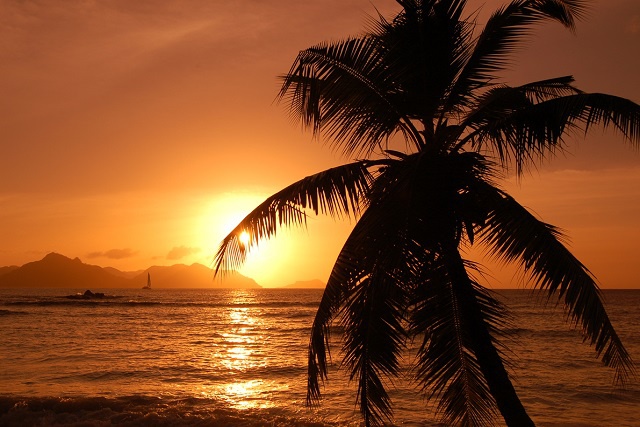 (Seychelles News Agency) - The Seychelles – islands of paradise, the perfect resting place to find the cure for writer’s block or the inspiration to write a story. Here are six novels that came about while the author sat with his pen and paper against the tropical backdrop of the 115-island archipelago.

South African novelist Wilbur Smith owned a house on Cerf Island for a number of years and the novel ‘Wild Justice’ was partially set in the Seychelles. It’s a story about treachery and betrayal, loyalty and courage, hatred and love between a ruthless man and a beautiful woman.

‘Wild Justice’ starts with an airliner being hijacked off the Seychelles by four well-armed terrorists. As soon as the plane is airborne, a hijacker opens a coco-de-mer to reveal concussive grenades inside. The coco-de-mer is the biggest nut in the world and can be seen in the Vallee De Mai, a UNESCO World Heritage Site on Praslin, the archipelago’s second largest island.

Writer's block? English author Ian Fleming discovered the cure in 1958 when he visited the Seychelles during a writing downturn. The tropical paradise led him to his eighth Bond book, the short stories collection entitled ‘For Your Eyes Only.’

Set in the archipelago, the 1966 book 'Brothers of the Sea' describes the adventure of a boy and a dolphin, which with a little bit of luck you might be able to see on a visit to the island nation. The story, set against the background of the tropical paradise, is about Paul living with his father and being in imminent danger of eviction and starvation. He discovers that the fortunes of his father depends on his beloved "brothers" of the sea.

A story published in 2011 about a beautiful South African photographer scuba diving in the Seychelles who saves a drowning man and discovers that someone is trying to kill both of them. In comes Matthew Butler and his sidekick Tommy Cooper with a chance to rescue them.

The story is set in the early 1950s, when the Seychelles archipelago was still a British colony. In this travel novel Alec Waugh generously describes the tropical islands, the Seychelles’ people and history. The highly descriptive novel ranks among the best of travel writing.

The book, published in 2004, is about a British teacher working for the National Youth Service in the late 1980s. Bev Spicer was recruited to teach at the National Youth Service schooling system when Seychelles was a one-party state. Captivated by the unspoiled beauty of the islands but also experiencing a culture clash and some terrifying moments, Spicer’s droll sense of humour finds the bright side of these situations.  The humorous memoir-style book is largely based on real-life experiences, though Spicer admits that many of the stories have been embellished for dramatic effect.