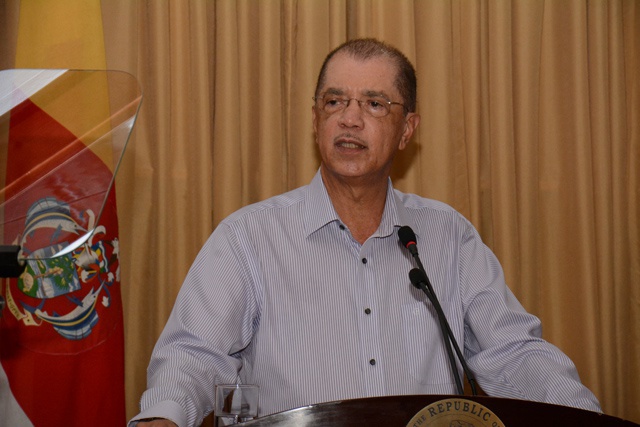 (Seychelles News Agency) - The proposals to raise the minimum wage and retirement pensions and give some income tax relief are being welcomed by many in Seychelles following this week’s State of the Nation address.

SNA spoke to several residents in the Seychelles capital’, Victoria, to hear their views on proposals made by President James Michel. The president announced Tuesday that the minimum wage and retirement pensions would rise to $358 a month starting in April.

"The increase in retirement pension is something good because they will have a little money left after their expenses. The money they are getting now is not enough,” Rose Vidot told SNA, who said higher pensions will help her parents.

An increased pension “will allow me to live more comfortably," said Suzanne Isaac, a lady in her 70s who lives alone. "Now I will not be too worried when spending a little more on things I really like, after paying the bills and buying food.”

“In general, his speech was good but we are more interested in the action itself,” Conrad Appasamy, a resident in his 50s, told SNA. “But I believe he took a lot these ideas from what was proposed by the opposition” in the country’s December presidential election.

Francisca Laurence said she thinks that middle-income residents should also be given some consideration, and not only those making minimum wage.

In announcing his new proposals -- including interest-free loans for pensioners to repair their houses, a reduction in loan payments for social housing, and breaks for day care -- Michel said he wanted to reduce the disparity in standards of living in the island nation.

Michel said he also hoped for legislative action to: create an anti-corruption commission; to decriminalise homosexuality; to increase the fight against drugs; to limit presidential terms to two five-year mandates; and to only pay pensions for parliamentarians and government ministers at retirement age.

It was Michel’s proposal to decriminalize homosexuality that has sparked debate in the streets and social media. Some residents said they supported equality under the law for homosexuals in Seychelles. Others said the proposal went against their religious beliefs. Religious leaders have not yet spoken out on the proposal.

The issue of homosexuality is one that had already sparked intense debate last year when a British national and a Seychellois national who is also a British passport holder were married in the archipelago of 115 islands in the western Indian Ocean. The ceremony was technically held on British territory since it was conducted at the residence of the British High Commissioner.

Though homosexuality is a criminal offence in Seychelles, no one has ever been prosecuted for any homosexual offence since the constitution was adopted in 1993.

The island nation gave its commitment before the Human Rights Committee of the United Nations in 2011 to consider amending the penal code on homosexual sex.

Speaking to SNA on Thursday, the leader of the opposition in the National Assembly, David Pierre, said he felt Michel’s address didn’t give a lot of details on some of the decisions, but he highlighted the anti-corruption commission proposal.

“I hope the commission will be independent and that its appointed members are people of integrity, impartial when it comes to politics and are ready to achieve results,” said Pierre. “I also feel that Seychelles needs to sign international conventions against corruption.”

Speaking about the decision to repeal the law that criminalises homosexuality Pierre said there was a need to readjust certain laws to take into account today’s standards.

“During my election campaign I proposed an audit of all of Seychelles laws,” he said.

The leader of government business in parliament, Marie-Antoinette Rose, told SNA that the president’s addressed “fundamental issues being raised by the public.”

“The president has taken bold steps to address real issues which impact on people’s lives,” she added, highlighting announcements that laws would be presented to implement a needle exchange programme as well as the repeal of the law that criminalizes homosexuality.

On the issue of the cut in pensions being received by members of parliament and ministers, which they will now receive at the retirement age of 63, Rose said government leaders were making a ‘sacrifice’ to contribute towards the increase in minimum wage and retirement pensions.

“We have been consulted on this and we support this decision,” she added.