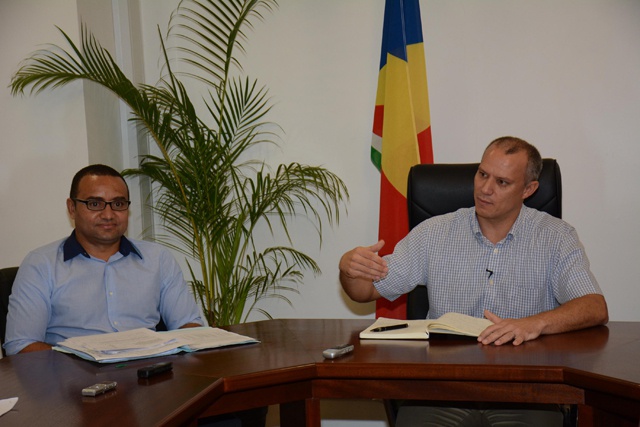 (Seychelles News Agency) - Income tax reform and other measures being put in place will allow the Seychelles' government to implement the measures announced by the president in his State of the Nation Address, the finance minister said Friday.

Minister Jean-Paul Adam was answering questions from the media on how the government will finance the new measures President James Michel proposed in his state of the nation’s address this week.

In his address, Michel said that in April the minimum wage will increase from $287 to $358 monthly, while pension payments will rise from $255 to $358 a month. As of July a new income tax system will be put in place where Seychellois earning up to $606 will not pay income tax.

Adam told the media that the new progressive income tax system will be done in phases and the next phase takes effect in January 2017, when no income tax will be deducted on the first $606 of a person’s salary.

“When we did that work on the tax reform, I said that we will implement the programme after we received technical assistance from our international partners, mainly IMF,” the International Monetary Fund, the minister said.

Adam explained that government could not make any commitment in his budget speech in December until after the IMF visited Seychelles for the country’s third review, a visit that took place in mid-January.

“The work done on the progressive income tax now allows us to invest in the different measures announced in the president’s address,” said Adam, adding that “these elements are based on what is affordable and that government can put in place and without affecting other supports already in place.”

The minister said the reform will not work on its own and there are other factors to keep in mind like housing.

“The prices (in housing) do not change, in many instances go up and this affects the element of minimum wage we have increased to $358.”

Adam said, “We had anticipated that the reform in income tax will have an impact on our budget but we feel that through the other work being done to improve revenue collection and other long terms reforms, we will stay on the sustainability road.”

Adam will be presenting a budget update and further details on the measures announced by the president to the Seychelles National Assembly soon.