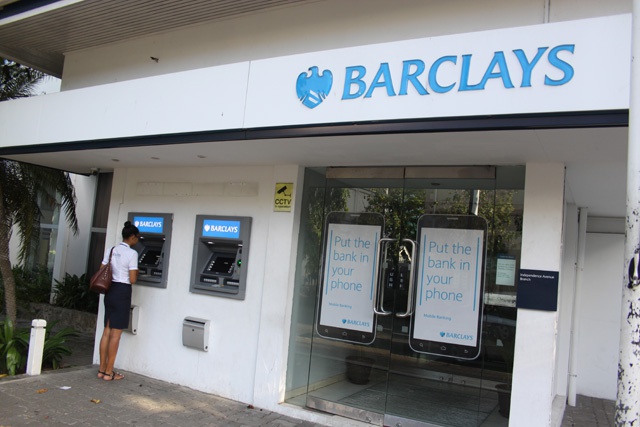 (Seychelles News Agency) - The sale by the British bank Barclays of its shares in its Africa group will not affect operations of Barclays Bank Seychelles, the bank's chairman has said.

Jean Weeling Lee said Wednesday that the change represents only the departure of one shareholder and local operations will not be affected.

“It’s a bit like one shareholder exits out of the holding company but nothing changes at our level. It is totally business as usual,” said Weeling.

Barclays PLC, which owns 62.3% shares in Barclays Africa, said Wednesday it is reducing its shares to a non-controlling stake over the next two to three years.

Barclays Bank Seychelles’ Managing Director, Johan Van Schalkwyk, told journalists that no one among the 200 Barclays staff in the island nation will lose their jobs.

“There is absolutely no fear from either a staff perspective or from a customer perspective that anything will change significantly,” says Van Schalkwyk.

Barclays Africa group performed well in 2015 and any franchise will benefit, said Van Schalkwyk, adding that, “in an investment point of view I think it does start well for us because the appetite to invest in business in Seychelles, given the good set of result, must increase significantly.”

Earlier this week the news agency AFP reported that British bank Barclays has announced that net losses more than doubled last year to around $549 million and it plans to gradually reduce its majority stake in the group's African unit.

Barclays Africa Group, based in Johannesburg, South Africa, is one of the leading financial service providers on the African continent. Barclays Bank Seychelles, the first commercial bank to set up operations in the island nation in 1959, is a subsidiary.

Barclays Africa Group has also announced that it will be investing $93 million in education and skills development across Africa over the next three years.