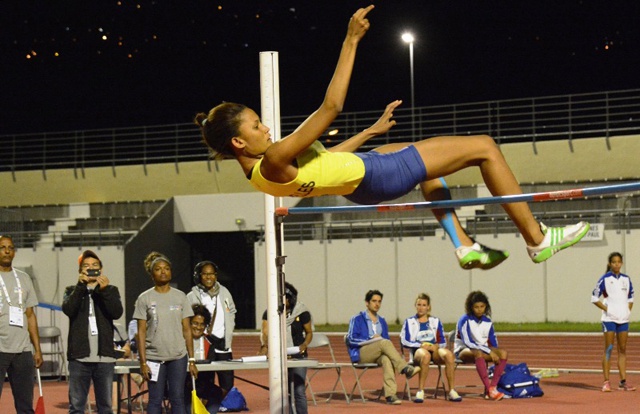 File Photo: Lisa Labiche competing at the 9th Indian Ocean Games in Reunion, in 2015. Labiche is among Seychellois athletes working hard to qualify for the Olympic in Brazil.  (Patrick Joubert, Seychelles Nation)

(Seychelles News Agency) - With only four months remaining to qualify for the Olympics in Brazil, Seychellois athletes are intensifying their efforts to make the cut.

Two Seychellois athletes, sailors Rodney Govinden and Jean-Marc Gardette, have already qualified for the games, which will be held August 5-21.

Govinden, Seychelles' best sportsman of the year in 2015, and Gardette qualified in December after finishing second and third respectively in the African sailing championship in Algeria.

“We wish that all the athletes qualify, but normally not all of them get the chance, so we assist them with their participation in various competitions to try and qualify,” says Gopal.

The Seychelles’ archipelago in the western Indian Ocean with a population of 93,000 have three boxers, Andrique Allisop, Keddy Agnes and Jovet Jean trying to earn Olympic spots.

Allisop, a two-time Seychelles sportsman of the year in 2012 and 2014, Agnes and Jean are participating in the International Boxing Association (AIBA) African Olympic qualification event in Yaoundé, the capital of Cameroon, in the west of Africa.

Three dozen qualification places are available for boxers from the African continent in the competition taking place March 11 – 19.

Seychelles' top female high-jumper, also Seychelles best sportswoman of the year in 2015, Lisa Labiche, is on her way to participate in the Portland, US Athletics indoor championship March 17 – 20.

Labiche told SNA this is her first time in an indoor championship, and it is a new experience, but she has prepared for it.

“I was training all this time here in Seychelles, and I am ready for the competition,” says Labiche.

Her current best performance is 1.92 m which is the island nation’s national record. To qualify Labiche needs an additional 2cm to meet the 1.94 m height requirement.

These are athletes on the scholarship for Rio programme, however, Gopal says any other athletes can also qualify, and they can get assistance from their respective federations.