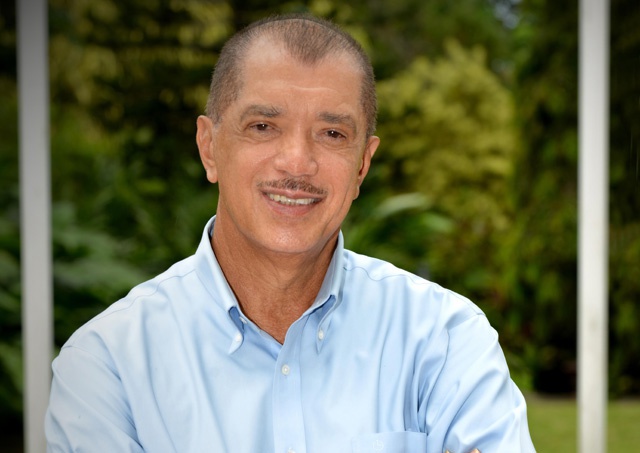 (Seychelles News Agency) - James Michel was sworn into office to serve his third and final mandate at the helm of the Seychelles government, highlighting several priorities he would like to tackle during the first 100 days of his presidential term.

The declaration came the day after he was declared winner of the island nation’s historic run-off presidential election.

According to official results published by the Electoral Commission Michel was re-elected winning 50.15 percent of the votes while his rival Wavel Ramkalawan won 49.85 percent of the ballots.

Since then Michel has announced a number of new measures and decisions mostly in his State of the Nation address on February 16.

In the interview that follows SNA caught up with President Michel to talk about his recent announcements, including a few which the population was not expecting.

He also answers a question about his 100 day target, which ends in less than two weeks.

SNA: Mr President, in your State of the Nation Address you announced some decisions that the population was not expecting as they were not in your Manifesto for the recent presidential elections, including the decriminalization of homosexuality and the two-term limit for future presidents .

President Michel: One has to remain flexible, be prepared for new situations, for changes that one has to consider.  During the 12 years I have been President, I have always remained attentive to the sentiments of people from all walks of life. An election manifesto is about the general policies the party stands for, to implement after winning the election. Normally the manifesto does not contain all the fine details of the policies. You also cannot have everything in a manifesto. But you come to hear of people’s wishes through various channels.

I said after the election results that I got the messages from the people. The manifesto my Parti Lepep presented for the 2015 elections offers our Seychellois people the best prospect for a better future, in all aspects of their lives. That is why they returned me to office. In my State-of-the-Nation Address in February I announced the implementation of a long list of policies. My manifesto contains a lot more which will be realised as the new measures become ready.

This is not the first time we are taking steps to repeal the law on homosexuality. Two decades ago the decriminalisation of homosexuality was on the list of laws for revision then. Laws which have become obsolete, archaic, have been unenforceable for a long time. They also have no place in our modern society. We are constantly reviewing all our laws. Seychelles also has a legal requirement under international human rights law to treat all its citizens equally, with respect and dignity.

The number of presidential terms a person can serve is presently a hot topic of debate in Africa. We follow closely what is happening elsewhere in the world and at the same time listen to what people are saying in our own country.  What is important is that we effect the changes when the timing is right, for unity, for the good of all our people.

SNA: About the two-year term limit for President, which would require a constitutional amendment, how fast do you want to implement this change?

President Michel:  The necessary is being done to rewrite the sections of the Constitution, mainly clause 52 (2), covering the number of terms a person shall hold office as President. We have at least eight months to implement the change.

SNA: How has been the reaction within the ranks of your party, including that of your Vice President Danny Faure with regards to a reduced presidential term?

President Michel:  Our party, Parti Lepep, is a party of change. Our party, and consequently the government, thrive in a tradition of consultation and change. The stability of Seychelles, the interest of our people, come first.  The Vice-President and I, and also the party, realise that we have to appreciate the new environment emerging around us, in Seychelles and in the world. We recognise a new opportunity to adapt. We consult, we debate, we agree. This is our unity and strength. Parti Lepep is the real party of change in Seychelles. No one in Parti Lepep, in this government, wishes to cling on to power. I said before that the things we care about most are the welfare, freedom, prosperity and unity of the Seychellois people. The people will decide their future.

SNA: On the decriminalization of homosexuality, as Seychelles is a predominantly Christian nation, was the option of a referendum on this matter ever discussed?

President Michel:  We are only repealing old laws which have been around from the time of colonial rule and which negatively impact on our international standing today, with regards to human rights. We also have an obligation under our Constitution to afford equal treatment to every Seychellois. We do not know when was the last time persons were prosecuted under this law. While the homosexuality laws have remained unenforced for a long time, Seychelles has been under international pressure from organisations and other countries asking us to repeal the laws. Legal advisers see no need in organising a costly and conflictive referendum just to remove laws that have been largely ignored by society.

SNA: Has there been international pressure to decriminalize homosexuality, especially after the debate that arose after the same-sex wedding involving a British and Seychellois national last year?

President Michel:  The international pressure has always been there. We were reminded at a Palais de Justice debate in August 2014 that Seychelles has an obligation under international human rights law to treat all its citizens equally, to treat them with respect and dignity.  The same-sex marriage hosted by the British High Commission only happened in June last year. As recently as January this year in Geneva, Switzerland, during our country’s Universal Periodic Review, the issue of the 1955 homosexuality laws again came up.

SNA: Some of the announcements that have been most welcomed by the majority of the population include increase in minimum wage and pension and 13th month salary, which the opposition have also claimed was their idea. Considering the government’s previous declaration that a substantial increase in pension at one go would not be economically viable, what changed your mind?

President Michel: It was the SPPF and Parti Lepep governments that introduced pensions for all citizens upon retirement, and also established minimum wage requirements. We have constantly reviewed and increased the retirement pension and minimum wage. But we are also a responsible government. We know the fiscal position of our country. We also know the country has to save a little for the future. 'Lanmans pwalon' is in our hands.  Because we are feeling the heat of the economy we have to be careful.

As I said before, we are a government that listens and consults. The opposition are claiming that we are implementing their ideas. Yet, during the December election campaign, they did not want to present a budget proposal, and suggested they would use the one already drafted by the Parti Lepep government. They were telling voters not to worry, that everything put in place by Parti Lepep would remain. The opposition were trying to woo voters with their populist agenda. I am happy they realised, and did tell our people, that the Parti Lepep government was doing so well that there was no need to change things. I am happy that it is my party that continues to improve the welfare of our people.

SNA: Your decision to delay pensions received by ministers and members of the assembly until they reach retirement age, isn’t it a bit too drastic considering this would also affect long serving and past members?

President Michel:  We all have to lead by example.In the government and party we discussed the matter. Once again, we put the interests of the people, their welfare, before all else.

SNA: What alternative means of compensation – if any – are being proposed to them?

President Michel:  Seychelles is full of opportunities to earn a decent living at the productive age. All Seychellois have to avail of these opportunities.  After the December elections, Parti Lepep adherents share a stronger sense of solidarity. We are more united than ever.

SNA: On the issue of corruption in Seychelles especially in government you said on several occasions during your campaign that ‘this is only a perception’. Does the announcement that an anti-corruption commission will be set up mean that the issue with corruption is actually more serious than previously thought?

President James Michel: The Public Officers Ethics Act is one of the various tools in place to ensure proper behaviour in the public sector. A Field Investigation Unit and Financial Investigation Unit are targeting ill-gotten wealth nationwide. We have investigated and taken action against officers, citizens, found guilty of inappropriate behaviour, at all levels.  However, the perception of corruption remains. It is a common battle cry of the opposition almost everywhere in the world. The anti-corruption commission to be set up will receive complaints and also investigate, detect and prevent practices perceived to be linked to corruption.  An effective commission will be an additional tool to either help remove the perception of corruption or fight it with more vigour wherever the problem may exist.

SNA: Drugs is an alarming issue and has always been highlighted as one of your priorities. Are you confident that the new measures announced will help to alleviate the problem especially that of drug trafficking?

President Michel:  It is a long battle. We have to bring everybody on board. The parents, the teachers, the law enforcers, the medical staff, the youth, the NGOs, the community at large, have to join the fight. The future of the new generation is at stake. They are our children, the future of Seychelles. Meanwhile, drug traffickers are being hit hard. During the past five years  they lost SR339.45 million. This is the value of the dangerous drugs seized from them. Drugs that did not reach our vulnerable young people. It will be even harder to engage in drug trafficking after other Indian Ocean Commission countries supported a Seychelles proposal to coordinate our efforts in the fight against this illicit activity in our part of the world.

My government has announced a new approach that also comprises a segment of compassion. It includes increased medical treatment and detoxification for addicts, a programme of clean needles for addicts, and boosting the rehabilitation for young people caught in possession of drugs. Saving the youth from the scourge of drug abuse is one of my four top priorities during my last mandate.

SNA: Your address also talked about your 100-day target to address some pertinent issues. That included an audit by all ministries. Is your request for such an audit to be carried out already completed?

President Michel:  The audit is ongoing but already we are doing the fixing where weaknesses have been identified. The audit exercise is a process. The aim is to improve service delivery.

SNA: And should we expect a cabinet reshuffle soon?

President Michel:  In my State-of-the-Nation Address I mentioned some of the weaknesses in service delivery. The audit, once completed, will be a comprehensive list of issues faced by the various ministries, departments and agencies, and the steps to be taken to remedy the situation.

The final outcome will be improved service delivery. Ministers in their posts now are heading the audit exercise. Therefore, there is no question for the time being of a cabinet reshuffle. Also, you don’t change a winning team ahead of elections!

The Interview » Be a reporter: Write and send your article » Subscribe for news alert
Tags: State of the Nation Address, President James Michel, pension, homosexuality, corruption