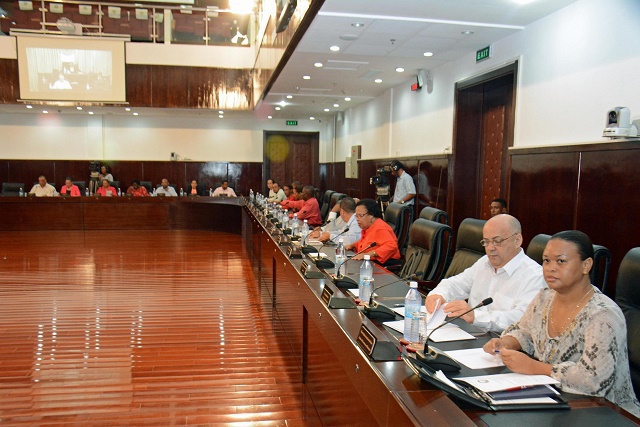 (Seychelles News Agency) - Future presidents of Seychelles will be able to serve a maximum of two five-year terms following a unanimous decision of the National Assembly to amend the island nation’s constitution.

The Seychellois parliamentarians voted on the constitutional amendment presented by Vice President Danny Faure on Tuesday.

The constitutional amendment, which also applies to the vice president's terms, required the approval of two-thirds of the assembly, of which the ruling ‘Parti Lepep’ holds the majority of seats.

The government’s intention to limit the presidential and vice presidential terms to two five-year mandates, down from the current three five-year terms, was announced by President James Michel in his State of the Nation address in February 2016.

Faure said on Tuesday that other African countries were also making such changes.

“The way we are doing it is good and the timing is appropriate,” said Faure.

President Michel is already serving his third and final term as governed by the law prior to Tuesday’s amendment and is not eligible to stand in another election, Vice President Faure will also not be able to hold his post come the next presidential elections as he would have already served two terms as Vice President.

Tuesday’s decision is the seventh constitutional amendment since the establishment of the third republic, when the country adopted its current constitution in 1993.

The National Assembly member representing English River, a central district of the main island, Mahé, said the decision will help prevent a future president from monopolizing power for too long.

"The amendment will protect our democracy," said Kevin Vidot.

Parliamentarian Sebastien Pillay is of the view that a president will have to map out his proposals as “he will only have 10 years to implement his plans.”

The leader of Government Business, Marie-Antoinette Rose, said Seychelles had done the opposite of what is usually the trend, where constitutional amendments relating to presidential terms are done before an election.

"This is a clear indication that President James Michel and the vice president do not intend to remain in power," said Rose.

The opposition leader in the National Assembly, David Pierre, who also voted in favour of the decision, said that this will allow for a rotation at the highest level of the executive office.

“The amendment will allow younger politicians to wait 10 years instead of 15, to take over the reins of power, and contribute towards the development of the country," said Pierre.