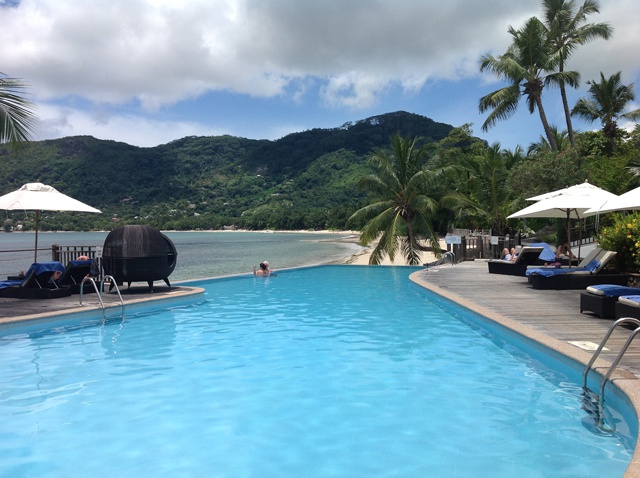 (Seychelles News Agency) - The Seychelles Chamber of Commerce and Industries (SCCI) says it supports the government’s decision to introduce a new quota system for the recruitment of foreign workers.

“This is one of the propositions SCCI has made to the government,” Marco Francis, the Chairman of SCCI told SNA this morning.

The new system Francis says will facilitate procedures for the recruitment of non-Seychellois workers.

“The SCCI and the government will continue to work together, whereby the two sides will be meeting every six months to review the quota system and adjust if necessary,” he added.

SCCI currently has over 300 members owning businesses in various sectors of the Indian Ocean archipelago’s economy, from tourism, construction, offshore companies amongst others.

The new quota system which came into force Thursday May 15, is part of the government’s strategy to safeguard jobs for Seychellois at the same time facilitating the procedures for recruiting and managing non-Seychellois workers.

Under the new system the different businesses and institutions have been grouped under three different categories with specific regulations applying to each category.

Figures show 24 percent of the country’s 55,083 labour force is made up of foreign workers mainly from India and Bangladesh.

There are 13,413 expatriates compared to the 41,670 Seychellois in the nation’s labour force, according to statistics released to SNA by the Seychelles’ Ministry of Labour and Human Resources Development earlier this month.

Most of the non-Seychellois personnel work in the Indian Ocean archipelago’s construction and tourism industries.

One major change brought about by the new quota system is the introduction of an entitlement certificate, which means employers in the sectors of tourism, construction, agriculture, manufacturing, fishing and financial services, can recruit workers from overseas within the quota limit without needing to advertise jobs in Seychelles, which was the procedure in the past.

Commenting on the move, the chairman of the Seychelles Hospitality and Tourism Association (SHTA), John Stravens expressed satisfaction saying it will facilitate the recruitment of foreign labour to avoid any set back for tourism businesses.

Stravens noted that the Seychelles tourism industry has grown in recent years not only in terms of bed capacity but also in terms of the number of supporting infrastructures such as restaurants, dive centres amongst other hence the need for more people to work.

The chairman of SHTA told SNA he feels that there’s not enough Seychellois workers, especially qualified employees, across the different sectors of the economy be it tourism, education, construction etc, thus the current need to employ foreign workers

In spite of endorsing the new quota system to cater for the country’s manpower needs Stravens says thinks there is a need to replace foreingn labour with local personnel in the future.

“I really appreciate that the Tourism Academy is being extended to be able to accommodate more students who can be trained to serve the tourism industry if we want to see more growth in the future,” he added.

According to the SHTA chairman presently the Seychelles tourism industry offers some 10 thousand bed capacity to visitors choosing to holiday in the Indian Ocean archipelago.

SHTA says it currently represents some 160 tourism related businesses from hotels, restaurants, travel agencies amongst others, which represents around 30-40 percent of tourism business in the Indian Ocean island nation.