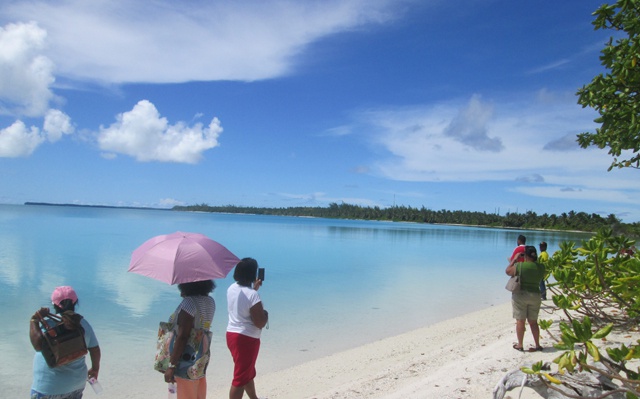 File Photo: Crystal-clear waters filled with fish and turtles: this is how a group of six Seychelles-based Chagossians described the natural environment of the archipelago after the British government allowed the small group to visit the islands for one week in May, 2015. (Alvin Tirant)

(Seychelles News Agency) - The Supreme Court decision in the UK to uphold a ruling denying former residents of the Chagos Islands the right to return to their homeland will not affect last year’s decision to allow resettlement, says the chair of the Association of Chagossians in Seychelles.

According to Pierre Prosper, in 2008 the House of Lords ruled that exiled Chagossians could not return to their home, based on a feasibility study carried out in 2002.

“The ruling was appealed but last week the Supreme Court upheld the 2008 decision,” said Prosper to SNA on Monday.

Last week’s ruling relates to a previous case which started in 2004.

The study published in February last year ruled there was no legal objection to resettlement.

“Last week’s ruling is not relevant to the new feasibility study carried out in 2014, and I don’t see how it can affect the recommendation made last year by KPMG,” said Prosper.

Following the feasibility study, a survey was carried out in October last year, to find out how many Chagossians in Seychelles, Mauritius and England would like to return to their native land in the Indian Ocean archipelago.

According to Prosper the Chagossians said yes they wanted to return to their homeland but were against the terms set for resettlement, they felt were not conducive.

“The British government had proposed that those who wanted to return to the Chagos islands should go there on a fixed term contract and that they should be of a certain age and were able-bodied persons. It was as if they were looking for cheap labour for the American base,” he told SNA.

The British government had also proposed that it will look at all options to facilitate and better the lives of Chagossians wherever they are.

Based on that, the Association of the Chagossians in Seychelles filed a new case in UK’s High Court, requesting the British government to consult with the local group on all possible options.

The group is also seeking financial support for those who were placed in Seychelles, a group of 115 islands in the western Indian Ocean, at the time of eviction from the Chagos islands.

The hearing is expected to start this month as it has been given high priority, said Prosper.

Two hundred-fifty of them were deported to Mahé, the main island of Seychelles, between 1967 and 1973, when the country was still a British colony.

An Immigration Order preventing anyone from going back was issued in 1971.