Independent candidate Ralph Volcère: I will push for medical, recreational use of cannabis 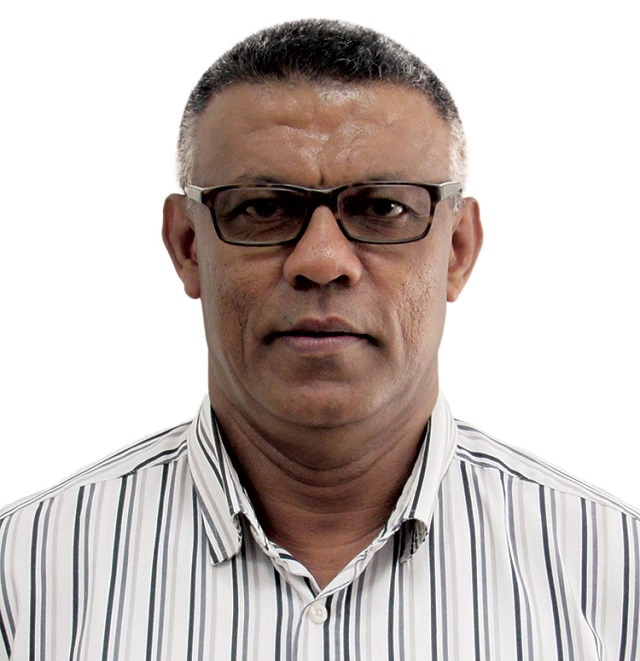 (Seychelles News Agency) - Among the three independent candidates registered for the Seychelles legislative elections scheduled for September 8-10 is Ralph Volcère for the district of Au Cap, in the east of the main island, Mahe.

Volcère is not new on the political scene. He has been a member of several political movements since he returned to Seychelles, an archipelago in the western Indian Ocean, in 1991 following his exile in the United Kingdom. Upon his return, he moved from the Seychelles National Movement to the United Opposition before going back to the UK in 1998. Volcère became the leader of the Democratic Party in 2009, which was renamed the Seselwa United Party. In 2014, Volcère resigned as the interim leader of Seselwa United Party (SUP) citing personal reasons and said that he was choosing to become a private and independent citizen.

On nomination day -- August 17 -- for the upcoming vote, Volcère registered as an independent candidate. Volcère talks to SNA about his proposal to the Au Cap voters as well as his expectations and prediction of the results.

SNA: Why are you standing as an independent candidate?

RV: I am convinced that I can serve the people better as an independent candidate. My values and political standard makes it difficult for me to accept the corruptive nature of a political organization.

I have been in politics long enough to understand the constraints of being part and parcel of a political organization. I am of the view that the electorates are not properly represented in the National Assembly by members from political parties in the sense that they need to tow the party line. This evidently leads to a situation where the interest of the party comes first and the interest of the voting public or the national interest for that matter are not fully given the consideration that it should.

SNA: You resigned as leader of the Seselwa United Party in 2014, and have since not been really active on the political scene – why the comeback?

RV: It is not correct to say that I have not been active on the political scene. In fact, I have been very active through my newspaper, ‘The Independent.’ Most people consider this newspaper as an alternative voice to that of the politically influenced publications in the country. It comes out every week and if I may say so myself it is the most balanced newspaper, politically, I have not “shied away” from calling ‘a shark a shark’ or giving due praise.

SNA: Are you confident that you will be able to get the support of the voters in Au Cap?

RV: The Au Cap voters have an easy choice to make: either vote for someone that will not be under the control of a political party and its leaders or for someone who can truly represent them at the most highest level possible.

SNA: What are your proposals to the Au Cap voters?

RV: My manifesto is out there in the public domain. I have been writing about national affairs and solutions for a very long time. One particular issue that I will push for is the legislation of cannabis for medicinal use and recreational purposes. This doesn’t mean that drugs will be freely available everywhere as it is now.

In fact the legislation will provide us with rules and regulations for the orderly use of soft drugs (cannabis) and it will also go a long way in driving down and eventually eliminating the use of dangerous hard drugs like heroin.

This is the way forward in the fight against hard drugs, which is destroying the life of many young people. I am also of the view that there are too many foreigners in the country that shouldn’t be here -- we need to seriously look at this particular issue.

RV: The pre-campaign period has been disappointing in the sense that certain political leaders, who are reckless and greedy for power, are destroying the fabric of society through the negative influence they have on their supporters; some of them are preaching hatred.

This kind of attitude can only contribute and eventually lead to violence and the breakdown of society as we know it. The insults directed at the Chief Justice were totally uncalled for and must not be repeated. The leaders must lead by example and not use the supporters like missiles as in a situation of war. This is deplorable and a serious lack of national responsibility. It needs to change.

SNA: Going into an election can be costly. Do you have any financial backing or are you funding your campaign?

RV: My involvement in local politics over the years and also in the media industry has provided me with patronage that I can access. I will be able to provide for the bare necessities at least.

SNA: What is your expectation for this election?

RV: Things are changing in this country and the possibility of an independent candidate being elected to the National Assembly is real. The people have only to put on their thinking cap and it will happen.

I will win Au Cap – this is a certainty! My expectation is for the people to vote for what is best for the country and for people that have the capacity to work for them. Don’t waste another five years this is what I have to say to the voters!