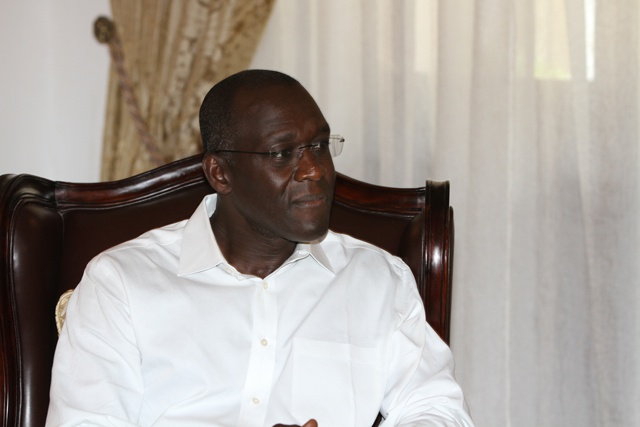 Diop and a delegation from the World Bank are currently in Seychelles on an official working visit to discuss opportunities for future cooperation and programmes.

Ways for Seychelles to establish a ‘knowledge-based economy’ with a particular focus on science and technology were amongst issues discussed.

Knowledge has been recognized by many economists as the driver of productivity and economic growth, leading to increased impetus towards information, technology and learning. The term ‘knowledge-based economy’ stems from this increased awareness of the role of knowledge and technology in modern economies.

In an interview with the local press Diop said he was impressed with Michel’s vision for Seychelles, particularly with regards to investing in quality education.

Seychelles is the only country in Africa that has already fully achieved education for all, in line with the six Education For All (EFA) goals set out by the United Nations Educational, Scientific and Cultural Organization, UNESCO, for attainment in 2015.

“Seychelles has done a lot by reaching universal education, it has very good social protection and health programmes and the President insisted that his objectives now are to work with us to improve the quality of education,” said Diop who is accompanied by the newly appointed country director for Seychelles at the World Bank, Marc Lundell.

He added that the World Bank had been engaged with Seychelles in a variety of programmes, including increasing the effectiveness of public services and assisting with budget support in various areas, including disaster and risk management.

“As you know, being an island and with the risk of climate change, a country is prone to some of those kinds of shocks. We are also looking at the energy sector which is an important element of strategy for Seychelles,” he said.

Welcoming Diop on his first visit to Seychelles, Michel said it was important for institutions such as the World Bank to support small island developing states (SIDS) such as Seychelles, which are more vulnerable to global economic shocks and climate change.

“Seychelles and the World Bank have very good relations, which have enabled us to have very successful economic reforms and I know that the collaboration will continue especially in consolidating further cooperation in the Seychelles’ capacity building and development,” he said in a press statement from State House.

“I believe that it is important to build a solid foundation for the future, but being a small island developing state we are vulnerable to different factors such as shocks in the world economy, piracy, and climate change. We call on the support of the World Bank in helping Seychelles to ensure that we build on our foundations and ensure we build resilience to external shocks.”

The Seychellois head of state has also called on the support of the World Bank in the promotion of the Blue Economy concept to promote sustainable marine resource management.

This is the first time a Vice President of the World Bank has visited the Indian ocean island nation.

Diop who was appointed as Vice President for the Africa region in May 2012 had previously represented the organization in different parts of the world including Latin America and the Caribbean, Kenya, Eritrea, Brazil and Somalia.

The Senegal national who has served as his country’s Minister for Economy and Finance has also worked for the International Monetary Fund, prior to joining the World Bank.