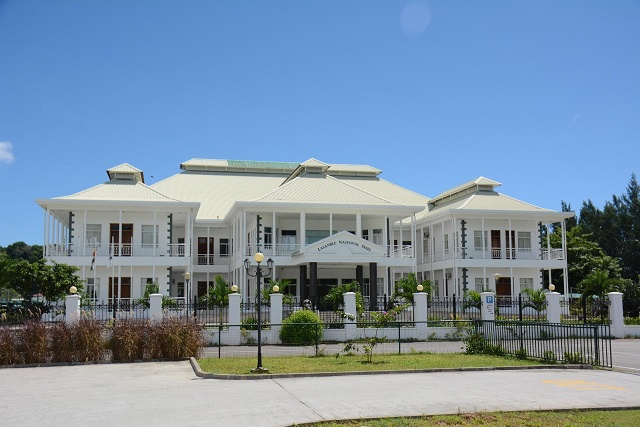 (Seychelles News Agency) - The Seychelles' parliament was dissolved Monday, a day after results of parliamentary elections held in the island nation were announced.

The constitution states that following general elections parliament shall be dissolved the day after results are announced.

The first meeting of the newly elected assembly will be called by the president.

Parliamentary polls in in the 115-island archipelago in the western Indian Ocean are held every five years. Three days of voting to elect the sixth National Assembly ended Saturday.

Official results released by the Electoral Commission in the early hours of Sunday confirmed that an opposition coalition had secured the most seats.

Parti Lepep had previously won every parliamentary election held in Seychelles since the return of multiparty democracy in 1993. In the last assembly that was dissolved the ruling party held all 25 directly elected seats.

The constitution states that this shall be done “not later than four months after the end of the immediately preceding session of the Assembly.”