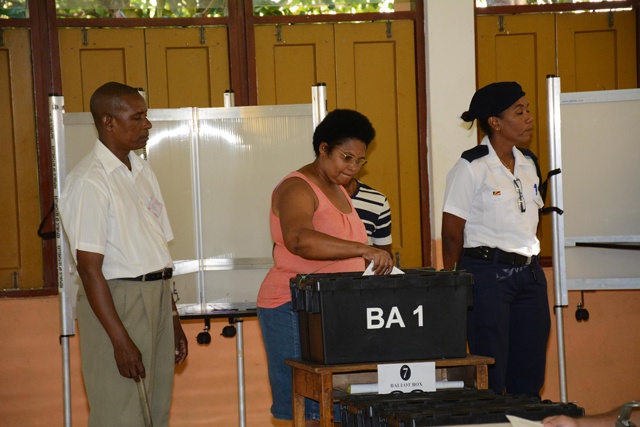 International observer missions as well as two local observer groups observed the process before, during and after the parliamentary elections which ended on Saturday. (Patrick Joubert, Seychelles News Agency)

(Seychelles News Agency) - International observers monitoring the Seychelles' sixth National Assembly election have called for the reform of the electoral commission and regular revision of the voter register for a more credible election.

“We find that there is a general lack of confidence in the electoral commission by a range of stakeholders, particularly the opposition and civil society,” said Augustine Mahiga, the head of the SADC Electoral Observation Mission.

Mahiga said that Seychelles, a group of 115 islands in the western Indian Ocean, should consider implementing policy measures to improve confidence in the electoral commission.

One recommendation is the reviewing of the model of the electoral commission and the manner in which members are appointed.

“Unless urgent steps are taken to rebuild trust between the election administrative authority and the electoral stakeholders, the conduct of credible and transparent elections in the near future will be in jeopardy,” said Reverend Bongani Finca of the Electoral Commissions Forum of SADC.

The leader of the all-women-mission from the African Union, Fatuma Ndangiza, said that the island nation should consider “revising the process of the appointment of the electoral commission to further strengthen the perception of its independence.”

The international missions also recommended that the voter register should be updated regularly and kept concise, accurate and complete.

“It must be an accurate statement of who is qualified to vote in an election, and by exclusion from the register who is disqualified or prevented from participation,” said Finca.

According to Mahiga, to improve transparency and accountability, Seychelles should “make provision for the issuance of voter registration cards for all registered voters.”

Ndangiza said such a mechanism “would be a proof of registration and the main mean of voters’ identification.”

On the alphabetical order system used, the SADC mission said it assisted in enhancing the movement of voters but slowed the process in areas where there were not many names assigned to specific letters of the alphabet.

The Electoral Commission Forum of SADC  said, “The alphabetical streaming of the voter's list to be assessed further and standard operating procedure to be developed and implemented along with thorough training.”

On the election environment, Ndangiza of the African Union said, “It was conducted in an atmosphere of transparency, it was peaceful and credible. However, for saying it was fair and free, I think more needs to be done to reach that level.”

Mahiga said, “The country has generally remained peaceful during the pre-election and voting period that we observed and that the voters freely exercised their civil and political rights”.

The three groups were among international and local observer groups that monitored three days of voting which ended on Saturday. An opposition coalition, Linyon Demokratik Seselwa won the majority seats in the election.

The final reports from the international observer missions will be submitted within 30 days after the announcement of results. They will also undertake a post-election mission late this year or early next year to discuss the findings and recommendation with stakeholders.