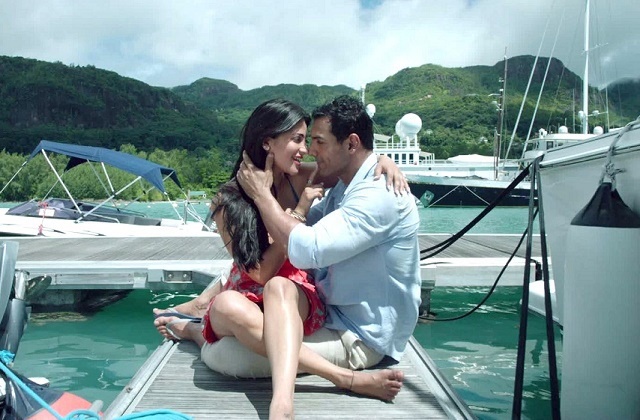 As Bollywood movies include romantic and breezy party songs, the scenic beauty of the island nation provides the perfect backdrop. Some movies have already been shot along the beaches in Seychelles.

This is an action crime movie directed by Rajiv Mehra released in 1995.

An unnamed kid (Shah Rukh Khan)  grows up to become a gangster using the name Ram Jaane after meeting a priest who tells him his name means God Knows.

The movie was released in 1996 and directed by Mahesh Bhatt.

Aside from filming partly done in part in Seychelles, the plot also includes the island nation.

Sweety (Mayuri Kango) lives with her mother (Navni Parihar). She is a rebellious girl who is not getting along with her classmates and runs away to Seychelles to find her dad.

Released in 1998 and directed by Anees Bazmee, the movie is a romantic comedy and a remake of ‘French Kiss’ starring Meg Ryan and Kevin Kline.

A woman (Kajol) went in search of her lost love and meets a charming thief along the way.

A music video in the movie released in March 2016 was filmed in the Seychelles although the movie itself was not.

An action thriller, Rocky Handsome is directed by Nishikant Kamat. It features John Abraham and Shruti Haasan in the lead.

The movie is described as a loose adaptation of the 2010 Korean movie ‘The Man from Nowhere.'

A quiet pawnshop keeper with a violent past takes on a drug and organ trafficking ring in the hope of saving an eight-year old girl with whom he shares a special bond.