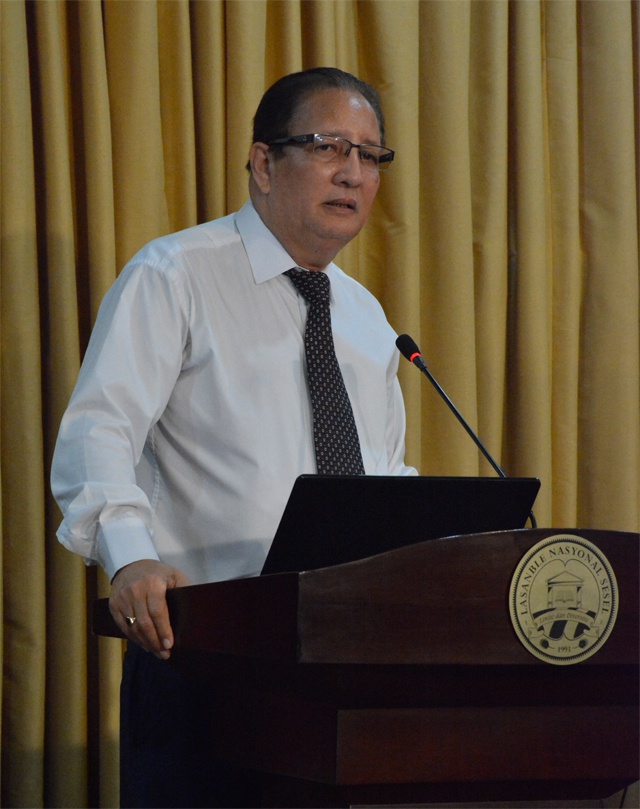 (Seychelles News Agency) - A new tax on property owned by non-Seychellois citizens will be introduced in July 2017, said the Seychelles’ Minister of Finance on Friday in his presentation of the budget allocation 2017 to the members of the National Assembly.

Peter Larose, who assumed the post of Minister for Finance, Trade and Economic Planning in the reshuffle of the cabinet in October this year, is proposing a budget allocation (SR 7,796,480,879) amounting to around $584 million.

The new tax “will include foreigners with a Seychellois passport. Stamp Duty will be charged per square metre,” said Larose adding that a study is being done by an international expert and more details will be given once this is completed.

The finance minister of Seychelles, an archipelago in the western Indian Ocean, announced other new tax measures in his budget address including excise tax on fuel, excise tax on alcohol and tobacco products and progressive tax.

Larose said that for the excise tax on fuel, “An additional ($0.03) 50 cents per litre will be placed on fuel-based products. The Public Utilities Corporation (PUC), the Seychelles Public Transport Corporation (SPC) and Air Seychelles will not pay the additional cost.”

With regards to excise tax on alcohol, an increase of 10 percent will be applicable on all drinks with an alcohol content of less than 16 percent in 2017, the minister said. This will apply for both locally produced and imported alcoholic beverages.

In line with this revision, a 10 percent increase will also be placed on importation and production of tobacco products next year.

As for the Progressive Tax, the third and final stage will be implemented as of July 1, 2017, instead of January as was announced previously. This will be the Progressive Tax applicable on emoluments more than SCR 8,555.50 ($648).

Larose also announced an additional cost for the services used by foreign visitors disembarking at the Seychelles International airport.

“As of July 2017, the Seychelles Civil Aviation Authority (SCAA) will put an additional $10 for services related to incoming foreign passengers. The cost reflects the prices offered at the airport’s arrival lounge,” said the minister.

The reduction in the cost of telecommunications, energy and water was another new measure proposed for next year with the objective to facilitate faster connection both local and international and improving the cost of business.

“The Government is in discussion with telecommunications companies for them to reduce cost on services such as telephone -- both fix and mobile -- internet, television, data and Wi-Fi services,” said Larose, adding that among the discussion is another undersea Fibre Optic Cable system to support the existing one.

Seychelles got its first Fibre Optic Cable system installed in 2012 linking the islands to a landing station in Dar es Salaam, Tanzania. Cable & Wireless Seychelles and Airtel Seychelles along with the Seychelles government are the three shareholders that have contributed towards the financing.

Reactions on the budget address will take place as of Monday, December 12 and will start with the two leaders in the National Assembly -- Leader of the Opposition Wavel Ramkalawan and Leader of Government Business – Charles Decommarmond.