9 priests that have shaped the Catholic Church in Seychelles 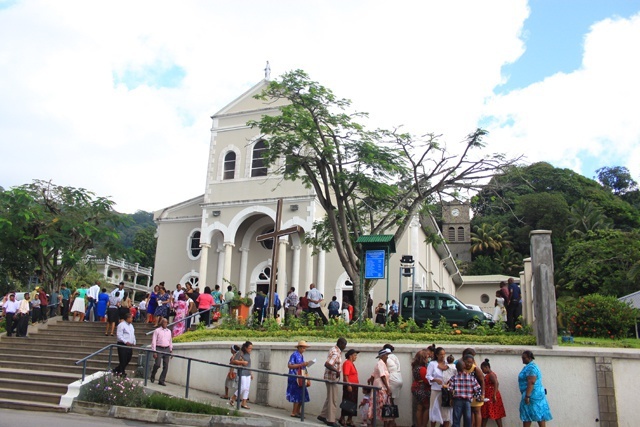 (Seychelles News Agency) - Although the Catholic Church was brought to Seychelles by the island nation's first settlers, it was formally established in 1852 as the Apostolic Prefecture of Seychelles. Four decades later it became the Diocese of Port Victoria, in July 1892. Today's Catholic Church is anchored by Bishop Denis Wiehe. This week SNA brings you details on church priests past and present.

Father Morel was born in 1922 on Silhouette and because of unrest in Europe at that time attended his theology studies in Bombay, India. He was ordained in September 1951 at Mont Fleuri and was the first and only Seychellois to be ordained as a Capuchins -- an order within the Catholic Church. Father Morel passed away in 1996, aged 74.

Father Lafortune was welcomed into the priesthood in June 1963 in Fribourg Switzerland, where he also did his studies. He served for more than 52 years and worked at the Plaisance, Baie Ste Anne, Cascade, Anse Royale and Anse Boileau parishes. After a course in journalism in 1974, he was appointed the editor of L’echo des Iles (a Roman Catholic publication). Still living at the Domus – the official residence of the Catholic priests in Seychelles -- Lafortune retired in 2015 and is working on a catechism project.

In September 1961, at the age of 23, Edwin Mathiot travelled to Switzerland for his studies. His preparation for priesthood took him five years and was ordained in July 1966.  From the past 51 years, Mathiot has served in several parishes notably St Roch Bel Ombre where he spent 25 years. He is the Editor of L’Echos des Iles (a Roman Catholic publication) and the Vicar General of the diocese. Currently, he is based at the Good Shepherd Church at Mont Fleuri.

Raised in the sub-district of Belvedere in the central district of Plaisance, Lonnie Adrienne was ordained as the priest in 1989. Adrienne’s ordination was held a year after he became the deacon and this took place in the Cathedral of Immaculate Conception. Currently based at the St. Michael’s church in the eastern district of Anse Aux Pins, Adrienne is credited with the establishment of groups such as Couples for Christ and Kids for Christ.

Father Alcindor was ordained at 32 years old in a special mass which was also to commemorate the 100th anniversary of the Diocese of Port Victoria. This was held at the Stad Popiler, on August 2, 1992. Following studies in La Reunion – a French department in the Indian Ocean -- and in France, Alcindor returned to Seychelles in 1991. He was in charge of the Good Shepherd‘s and St. Joseph parishes. He is currently in charge of the Cathedral of Immaculate Conception.

Father Leon is the only priest ordained in a Seychelles’ district outside of the capital, Victoria. Leon’s ordination in August 1995 was held at Grand Anse in the west of Mahe. He is based in the Southern district of Anse Royale and is actively involved with youth groups in the diocese.

Currently based in the St. Joseph Parish in the south of Mahe and hailing from the third-most populated island of La Digue, de Comarmond was ordained in 1999. He did his studies in Uganda, United Kingdom and the US. Before priesthood, he served the church as a brother was involved in education.

Father Underwood became priest eight years ago, 10 years after the ordination of Roger De Commarmond. Underwood’s ordination was held in August 2009 following his studies in Nantes, France. He is the youngest member of the Catholic clergy and is based at the St. Roch parish in the northern district of Bel Ombre.