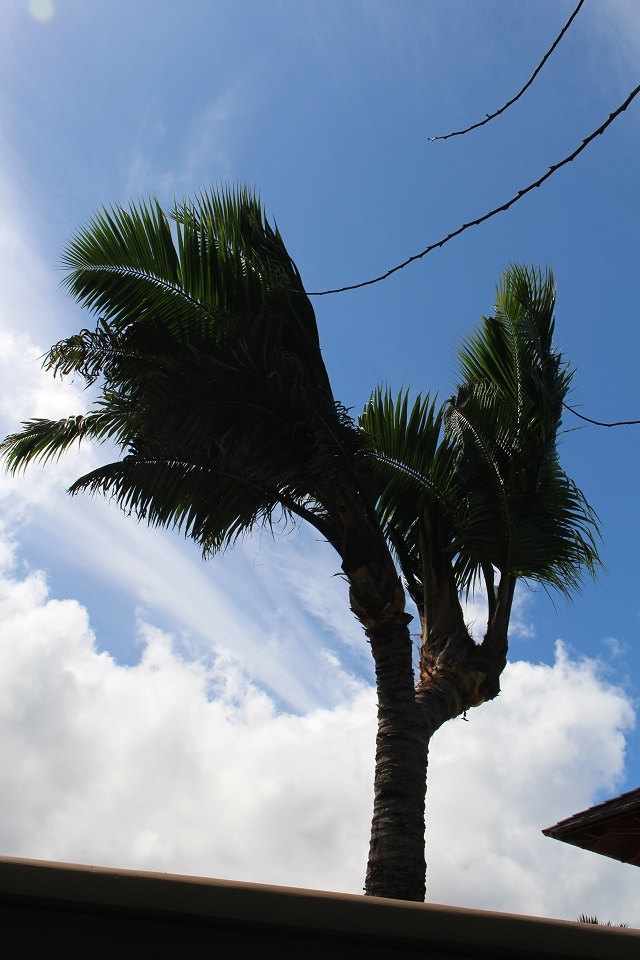 The triple-hearted coconut tree is the first known to exist in Seychelles. (Constance Ephelia)

(Seychelles News Agency) - A double-hearted coconut tree has grown an extra shoot, making it triple-hearted at the Constance Ephelia resort in the west of the main island Mahe.

The triple-hearted coconut tree is the first known to exist in Seychelles, a group of 115 islands in the western Indian Ocean.

The landscape manager of Constance Ephelia resort, Cedrick Thomas, told SNA he has noticed a trend with the germination of new shoots.

The tree was attacked by a beetle known as makabe (Horn Rhinoceros beetle), leading Thomas to treat the tree with chemicals, which killed the beetle. A couple weeks later an odd offshoot started to grow, Thomas said.

A few months ago the tree was again infested by the same beetle. Thomas treated it with chemicals again to prevent it from dying. After a couple days, another new shoot was growing.

The now triple-heart coconut tree is the only one found on Mahe, Thomas told SNA.

The coconut tree is traditionally considered as the ‘tree of life’ for its number of uses, which ranges from medicine, clothing, shelter, charcoal, and water. The tree is found all over the island nation and is usually spread along the coast of most beaches.

Thomas said this strange reaction occurring whenever we apply chemicals should prompt more research by other botanists and specialists.

Monette Nourice, who specialises in the study of plants, said that it is now clear that the extra shoot has grown because of a genetic change possibly caused by the infestation of the bugs or chemical used.

“As a defensive mechanism, the tree is growing more shoots to develop resistance. The same can happen to any species under threat -- they will mutate to ensure the continuation of their survival.

Nourrice said that the plant had a natural response to develop a new heart as the old one was very weak and they are now both developing adjacent each other.

In a past interview with SNA, Nourrice had said that: “Although they share minerals and water, the extra shoots are not harmful to the tree that will develop a larger root mass as an adaptation to its condition, and which tends to make it stronger than the rest of the coconut palms. In fact, such plant reproduces more nuts as opposed to the regular tree.”

The landscape manager said the tree has to be treated whenever it attacked by bugs as it is one of the attractions for visitors at the hotel.

General » Be a reporter: Write and send your article » Subscribe for news alert
Tags: Constance Ephelia Resort, study of plants, ‘tree of life