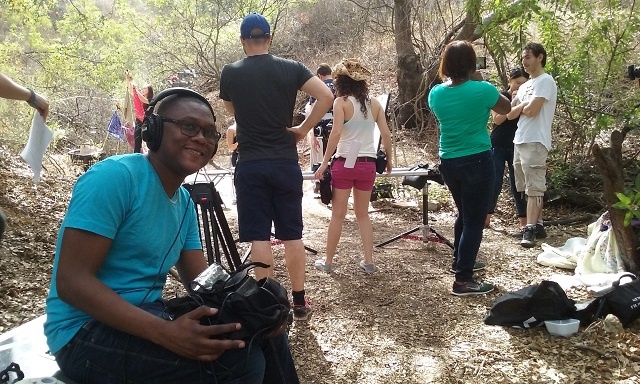 CINESESEL wish to bring together people with an interest in cinematography. (Raymond Clarisse)

(Seychelles News Agency) - Seychellois cinematography enthusiasts are regrouping later this month to re-launch CINESESEL, an association that will promote film production in the island nation. The Seychelles National Arts Council is supporting the initiative, which it says will bring together all forms of art.

Alain Boniface, the chair of CINESESEL, said that in the early 2000s there were quite a number of productions in Seychelles.

“We are regrouping and revamping the love of filmmaking," he said. "We wish to bring together people with an interest in cinematography. Back in the year 2008, there was a local film festival called CINESESEL.  The name was then used for an association which has not been active since 2010.”

Boniface said that lately there has been renewed interest in filmmaking, especially amongst young people. “There are also a few members of the original group who want to see more local movies on the market. Almost every day we have fresh ideas, which we want to realise but we feel we need to formalise our group first.”

“The real aspect of the film industry has not really been developed here, even though we have a lot of talents and very good concepts. Also with films we see all art elements coming together, acting, music, songs, props and costumes, script writing as well. With the revival of filmmaking, all art forms and all forms of creativity will benefit. The council will give the group all its support.”

Films made locally are very popular in Seychelles, an archipelago of 115 islands in the west of the Indian Ocean. Some such as Menas (Menace) and Senaryo Alternativ (Alternative Scenario) where series appreciated mainly by the younger population. En Dezyenm Sans (A Second Chance), A Love Like This and more recently Mon Retour (My Return) which was produced last year.

Boniface feels that the islands do have a pool of actors, cameramen, producers and other talents who are full of potentials and ready for filmmaking. “We also have a group of young people who are still students but who has the interests. We are working with them to keep them interested so that they can grow into this form of art.”

“Our priority is to make our mark in Seychelles and beyond, and the Indian Ocean region is where we want to go next.”  Boniface added that Seychellois people have such a rich way of life, with so much diversity and so many stories to tell and filmmaking is the best way to tell and showcase the island nation stories.

Savy said “with the increase in local television channels there is potential for filmmaking to flourish, not only provide local content but there is a possibility for employment as well. And with that we want to eventually bring back a Creole film festival.”

In 2008, Seychellois cinematography enthusiasts enjoyed a first film festival Cine Sesel. The festival held in October 2010 featured 30 films, 13 documentaries, seven long fictions as well as 10 short fictions. The films were produced by producers from Martinique, Reunion, Mauritius including Rodrigues, Haiti, Guadeloupe, Switzerland and the host of the festival Seychelles.