Restorative Justice in Seychelles: Convicts come face to face with the victims of their crimes 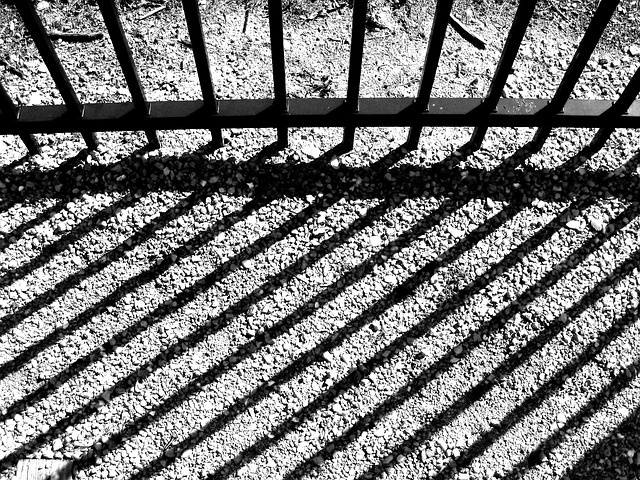 (Seychelles News Agency) - Seychellois and tourists alike had packed the streets in the Seychelles capital of Victoria on Saturday April 26, 2014, to be amazed by the display of extravagant costumes and cultures, as a parade of floats in the fourth Carnaval International de Victoria got underway.

Working at the University of Seychelles, the Indian Ocean Island’s first and only university, Seychellois lecturer Luciana Lagrenade, had also planned to be part of this carnival as her 19 year old daughter was also participating alongside colleagues from the School of Dance, but instead she found herself making her way up the hills that leads to the Western part of the main island of Mahé.

Accompanied by family members, Lagrenade joined Anglican church clergy, Father Bryan Volcere to head to the Montagne Posée prison for an encounter with the person who killed her cousin nearly 21 years ago.

Twenty-Three year old Michel Oredy was murdered in August 1993 by a younger man, only eighteen years old, outside a (former) discotheque at Pointe Larue, eastern district of the main Seychelles island of Mahé.

On that fateful night, the killer, whom Lagrenade labels as “Mr X” so as not to reveal his identity stabbed Oredy twice with a dagger which he usually carried with him when going on a night out and ran away leaving him bleeding to death.

The culprit was arrested two to three years later after a friend who was present that fateful night spilled the beans and mentioned his name to the police.

The visit of Lagrenade and family members to the prison some 21 years later, came after the killer now almost 40 years old, had expressed the wish to meet them and seek their forgiveness.

“Mr X’s” request came now that he is embarked on a fairly new programme to the Seychelles which yet is already yielding positive results.

Restorative Justice, a new approach to criminal justice, focusing on reconciling offenders with their victims and reintegrating them into society, rather than retribution, is being implemented in the Seychelles prison system for almost a year now, as part of its rehabilitation efforts.

The programme is being run at Seychelles’ Montagne Posée prison on the main island of Mahé by Anglican church clergy Bryan Volcere since September 2013, following a visit he undertook to Pollsmoor Prison in Cape Town South Africa, where the programme has been very successful.

Father Volcere, who has been the prison's counsellor and chaplain for 18 months, is being assisted by a South African couple; Jonathan and Jenny Clayton who conduct sessions for facilitators of the programme.

Jonathan is himself an ex-convict.

The programme is about addressing the hurts and needs of both victims and offenders, in such a way that both parties, as well as the communities, which they are part of are healed.

"It is often a frank dialogue between the offender and the victims or their families, to allow them to express their frustrations and grief," Father Volcere told SNA in an interview.

Offenders face the pain of the people who suffered

Father Volcere notes that too often, offenders do not realize that they have hurt more than one victim and that many others within the family and beyond, suffer the consequences of their wrongdoing.

He told SNA that inmates volunteering for the Restorative Justice programme have to undergo preparatory sessions, where they learn that they must be fully repentant and confess to obtain forgiveness and restoration.

“We impress on them the values of responsibility, truth, hope and the way to the future,” he said.

They are then confronted by their victims or families, who express the grief and pain inflicted upon them. It is essential that the offender is remorseful of past actions to make peace with the victim or loved ones in order to be forgiven and released of guilt and are ready to start on a new slate.

A sense of remorse, a chance to forgive

Father Volcere recalled an incident whereby a woman who had set fire to a house to spite a rival, caused an infant to be burnt to death.

He said that the woman who was subsequently jailed for life, has since experienced great remorse and when recently confronted by the child’s parents, told them that since that fateful day she has been persistently thinking of her and how old she would have been.

For Luciana Lagrenade, the experience of being face to face with the killer of her cousin has led her to write an 8 page account of that meeting , during which emotions ran high as family members told of their anguish and grief while the convict clarified  clearly and calmly all the “ speculations” and “ stories” accumulated over two decades.

Lagrenade told SNA that unfortunately the family got to know about the Restorative Justice programme when it was too late for her cousin Berthe, Michel’s mother, who had said on her death bed that she had forgiven the young man who killed her son, urging other family members to do likewise.

According to Lagrenade’s account, the man recounted how he had lashed at Michel with his dagger following an argument which enfolded after they physically bumped into one another on the road that night in August 1993, adding that he had never seen or known the victim.

Recalling the encounter with the man who had been just a name to the family all those year’s Lagrenade said: “He looked us in the eyes and said he could understand what we must have gone through and what we are going through now. He said how since a few years after being jailed, he has been tormented by his own actions too.”

Lagrenade said the man next inquired about, Michel’s mum, Berthe and was very surprised to know that she had died only the month before.

“He appeared genuinely hurt and wished he had had the chance to apologize to her personally.”

The man also alleged he had approached a Probation Officer asking to meet the victim’s parents to apologize and seek her forgiveness, a request made thrice over the years, but was refused each time.

“Mr X” said it was only when in prison and alone in his cell that he reflected on his behavior and actions that have resulted in his current situation adding that he found solace in the Bible, reaching out to God and since then, has not looked back.

According to the prison's counsellor and chaplain Father Bryan Volcere to date, 32 inmates, mostly incarcerated for murder and burglary, serving sentences between 10 years or more, have volunteered for the Restorative Justice programme.

Father Volcere also told SNA that over a third of inmates are genuinely remorseful and gratefully turn over a new leaf, if given another chance.

According to statistics from the Seychelles prison services dated June 23 2014, the prison population of the Indian Ocean island is 786 in total among which 727 are Seychellois nationals.

Most of the prisoners 608 in total have already been convicted while 119 are on remand.

Men make up the majority of prisoners in Seychelles. Sexual offences, fraud, arson, murder, piracy and drugs which is the most common are some of the offences for which the prisoners have been incarcerated.

A Juvenile prison is currently being built on the Seychelles second most populated island of Praslin and is expected to be ready by the end of the year.