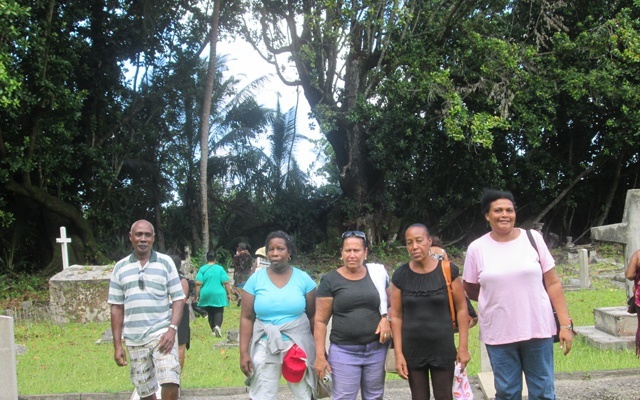 Chagossians based in Seychelles have been given a hearing date for their case against the British Government, the group said in a press release on Monday.

The resettlement case is to take place May 14-18 next year in the United Kingdom High Court.

The Chagossian Committee Seychelles issued proceedings against the UK government earlier this year, challenging the British government's refusal to allow Chagossians to return to their homeland. Local Chagossians feel that their human rights have been violated.

“We are happy that the Chagossian Committee Seychelles finally has a strong legal representation in the court of UK, as it has taken us a long time to reach the stage we are at today,” said the chairman of the Committee, Pierre Prosper.

He added that there has been a similar case put forward by Chagossians in Mauritius.

The UK offered a support package of about $44 million to the Chagossians living in Seychelles, Mauritius and the UK which will be disbursed over a ten year period.

Prosper, told SNA that this amount is not enough to take into account all Chagossians and their needs.

“They have not given any idea as to how the money will be distributed other than it will be limited to health, social care, education, and employment matters. We are saying that they need to take into account more criteria such as housing and debt of the Chagossian people,” said Prosper.

In a statement to SNA on Tuesday, the British High Commission in Seychelles said it has a good relationship with the Chagossian Committee Seychelles led by Pierre Prosper.

"We are always ready to talk and to listen. We have been discussing with the Chagossian Committee Seychelles how to research and understand the particular needs of Chagossians living in Seychelles so that we can better understand how the support package might be allocated.”

The Seychelles-based Chagossians boycotted a planned visit to their homeland in October this year because they did not think it is appropriate for the British Government to use money given for their needs and to improve their livelihoods for these visits.

The British High Commission had said earlier this year that the visits organised and paid for by the Foreign and Commonwealth Office will allow Chagossians to "maintain a connection to the islands."

In 2015, a feasibility study carried out by KPMG found that resettlement was feasible on Chagos Islands. Prosper said that the committee is also asking the UK to reconsider allowing them to resettle in the islands.

Should the British government maintain their position, the chairman wishes that “they hold discussions with the committee as to how to better meet the expectations of the people.”

The committee is holding a general meeting on Thursday, December 7 at the English River Community Center, a central district of Mahe. Prosper invited all Chagossians in Seychelles to attend.