Agreement between India, Seychelles for military use of island being revised 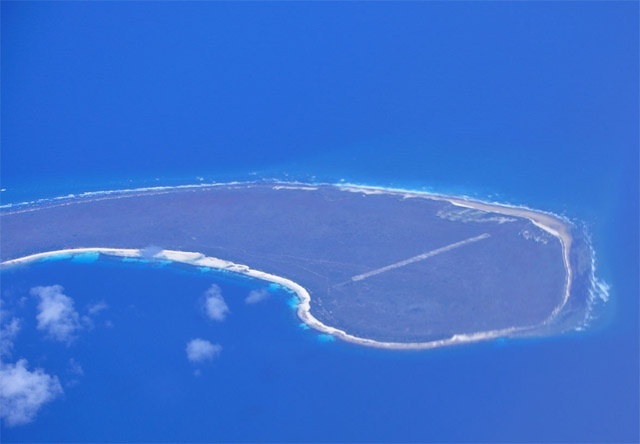 (Seychelles News Agency) - The agreement between the Indian government and Seychelles to build military infrastructures on the remote island of Assumption has been revised and will be signed on Saturday.

The decision followed an extraordinary meeting between the President of Seychelles, Danny Faure, and his Cabinet of Ministers on Tuesday.

The agreement was originally signed during the official visit of the Indian Prime Minister Narendra Modi to Seychelles in March 2015.

“The first agreement was supposed to go before the Seychelles National Assembly for ratification as stipulated in the constitution,” said the Afif.

Answering questions on the subject in one of his press conferences last year, Faure had said that the agreement did not have legal status on the Seychelles side and that “we have to go back to the drawing board.”

The Secretary of State of the Foreign Affairs department Barry Faure said that when the agreement was signed the intention was not for India to take control of the island.

“Although the project was being financed entirely by India, Seychelles retains full ownership of the facilities and sovereign rights over the island,” said Faure.

The remote island of Assumption is situated some 1,140 southwest of the Seychelles main island of Mahe.

Barry Faure said that after the President assumed office in October 2016, there has been new development making it necessary to reopen discussion on the agreement and realign it with the constitution.

He said that it was important to relook at the legal aspect of the agreement before it goes to the National Assembly.

Attorney General, Frank Ally said that Seychelles’ government will be the one giving the final decision on what will be implemented in the project.

Ally said that the Indian government will be able to gain access to the facility as well as countries in the region, but it will not be used to transport or keep nuclear arms.

“Seychelles can suspend the utilisation of the military facilities if India is at war because this is not a military base,” added Ally.

In the revised agreement, the main aim is to provide a framework for assistance to Seychelles by India. It will help enhance the military capabilities in control and maritime surveillance of the island nation’s Exclusive Economic Zone (EEZ) of 1.37 million square km., protection of the EEZ and the outer islands, and search and rescue in the region for the benefit of air and shipping traffic.

“The facility on Assumption will also have modern equipment to enable coast guard to have its vessels and air force plane on the island,” the Chief of Staff of the Seychelles People’s Defence Forces (SPDF) Michael Rosette had said to SNA in a previous interview.

Rosette had confirmed that India and other international partners involved in the fight against piracy and other illicit maritime activities in the region will also be able to use the facilities on Assumption.