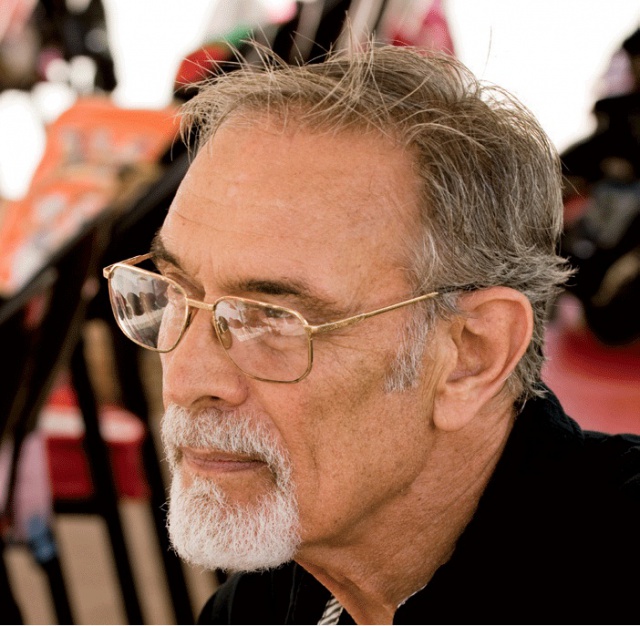 (Seychelles News Agency) - The Seychelles capital Victoria has a new national monument ‘Liberty’ which was unveiled by the country’s President James Michel during yesterday’s Independence Day celebrations marking 38 years of self-determination since the end of British rule of the Indian Ocean islands.

The monument which has replaced the Zom Lib monument on the Fifth June Avenue is the creation of renowned British-born Seychellois sculptor who has been living in Seychelles with his family for well over thirty years – Tom Bowers.

For those who are familiar with Bowers’ works, the bronze monument; depicting a man and a woman proudly looking forward and flying the national flag high above their heads, is very much stamped with his indelible style- the proud woman with bust thrust forwards, the minute attention to detail which gives a lifelike character to the sculpture, all pay tribute to Bowers’ talent.

In an interview with SNA,  Bowers, who designed the sculpture upon commission by the government said he has been inspired by the drive which exists in the country to bring about national unity

“It’s a combination of where the country is at the moment and I wanted to do something which depicts what is happening. At this point the country needs working together, pulling together and this sculpture is putting together the people the flag all for the good of Seychelles.”

Bowers added that for him the monument also represents the: “combination of the effort, of the work that everyone on the island has been doing to get the country where it is now. What has been achieved so far is absolutely amazing. It is wonderful. It is symbolic of winning, we are winning and it is fantastic!” he enthused.

Reactions from the crowd at inauguration of the monument

“For me it is symbolic of a nation which has taken off on its flight towards a brilliant future,” is how retired teacher Mr. Daouda described  the Liberty Monument, at its unveiling on Sunday morning.

Many people took photos at the new monument, to keep as a souvenir of the inaugural day.

“It shows momentum. The momentum we have gathered as a nation and we are progressing,” said Aline Jean who added that, “it has replaced the Zom Lib and I hope this change will also bring a change for the better for all of us.”

Stephanie Felix from Ile Perseverance described the monument as a something unique when compared to other monuments in the country.

“The two people in the monument are overcoming all the barriers as we have to do as a nation,” she said.

The unveiling took place in a simple but moving ceremony which saw members of the Young Citizens movement line up along the back drop of the monument proudly waving the Seychelles flag, while a choir of which the members were representing workers and youths from different walks of life sang patriotic songs.

Tom Bowers produced the concept and design of the monument as well as the mold and the bronze forging was done in South Africa.