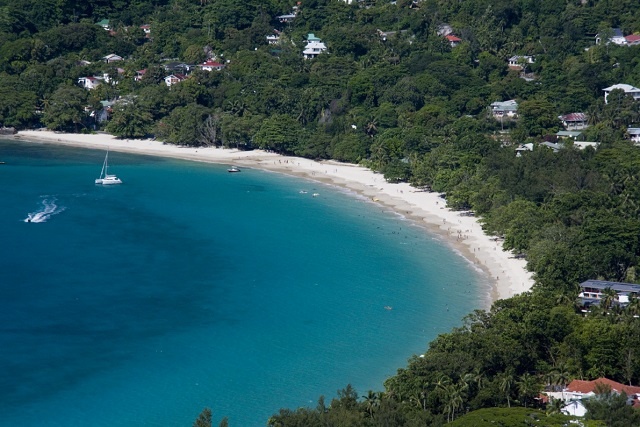 The decision came after the ministry noticed an increase in the number of establishments being listed on reservation websites.  (Gerard Larose)

(Seychelles News Agency) - Unlicensed tourism establishments operating in Seychelles have until March 12 to contact the Ministry of Tourism to change their legal status, the tourism minister said Wednesday.

In December last year, the Minister of Tourism Maurice Loustau-Lalanne declared that his ministry had started stepping up measures to deal with unlicensed establishments.

The decision came after the ministry noticed an increase in the number of establishments being listed on reservation websites such as Airbnb that do not appear on licensed lists of tourism establishments.

“Since we made this announcement last year, around 150 people have contacted the tourism department to clarify the procedures that they need to follow to acquire a licence,” said Loustau-Lalanne.

He added that visits have been carried out to more than 50 of these establishments that have shown interest. It was noted that each establishment have different levels of amendments to make to attain the required standards set by the Seychelles Licensing Authority.

Unlicensed tourism accommodation located in high density areas unfortunately do not meet set standards and will not be able to apply for a license.

A master list of legally operating establishments is kept at the airport. Tourist whose accommodation are not on the list are being redirected to a legal one by agents at the airport. The minister said that each week there are between two to three such cases recorded.

Loustau-Lalanne explained that a statement is taken from the visitor as evidence to add to ongoing investigation against the said unlicensed establishment.

“When they are relocated, the tourist will have to pay at the new establishment. The illegal establishment will then have to refund the tourist the money they paid if they had already prepaid,” said the minister. He added that the ministry will have evidence of the transaction if it has taken place.

Assistance can be provided to the tourist to facilitate certain things such as providing transport from one place to another, he added.

“Hopefully soon on the Seychelles Tourism Board’s website we will put up a message to advise tourists to make bookings in legal accommodation. We need to pass a regulation to make sure that the licence number of the establishment can be seen online,” said Loustau-Lalanne.

As of March 13, an established taskforce comprised of three representatives from the tourism ministry, the Seychelles Licensing Authority and the police, will make random visits to illegally operating accommodations on Mahe, Praslin and La Digue, the three main islands of Seychelles.

Should tourists be found at the location, evidence will be collected to build a case against the owner of the establishment. Under the law of the licensing authority, owners can be fined up to $3,616 and or face imprisonment for up to five years.

Unlicensed establishments that are in the process of making their status legal will be closely monitored by the tourism ministry. Visits will be conducted regularly.