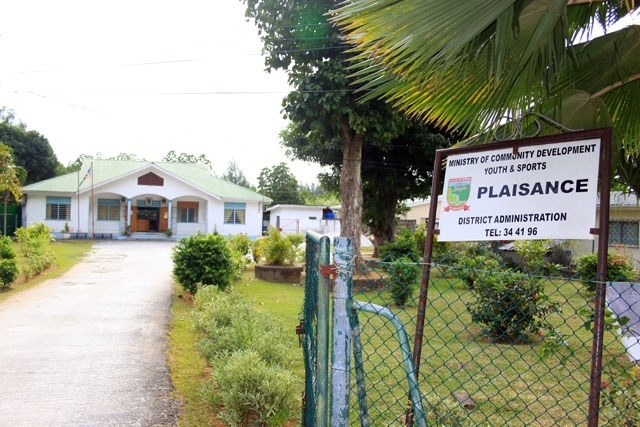 (Seychelles News Agency) - Seven regional councils were launched in Seychelles on Friday with the aim of strengthening local governance, though two civil society groups say they disagree with how the councils have been set up, saying the councils lack accountability and transparency.

The councils, which will cover all 25 administrative districts on the three main islands -- Mahe, Praslin and La Digue -- will consist of seven councillors with one voted as chairperson.

The north, south, east, west regions on Mahe and the Inner Islands, will be represented each by a council while the central region will have two.

The members of the council will be appointed in accordance with an agreed bipartisan agreement between the two main political parties -- Linyon Demokratik Seselwa and Parti Lepep.

Dan Frichot, the special advisor for the Ministry of Local Government, told SNA on Tuesday that the model is the first approach to further strengthen the local government system of Seychelles.

“Both agreed on the establishment of regional bodies based on the current political balance in the National Assembly, following which a regional council's administrative framework was developed,” said Frichot.

The decision for an agreed bipartisan framework for the regional councils was announced in November last year by the office of the president after taking into account the costs of running councils in each of the districts.

The Local Government Act 2015 provides for the establishment of a District Council in each district in order to enable the citizens to participate in the governance and development of the district, its functions, qualifications of persons who may be elected as Councillors,

Frichot explained that the bi-partisan format was used as “the country had just had its presidential and legislative elections and the country did not have the funds to organise fresh elections.”

He added that the establishment and launching of the councils “follow the commitment made by President Danny Faure, who stated that his government will function based on the principles of good governance, transparency and accountability.”

The Citizens Engagement Platform of Seychelles (CEPS) including one of its members the Association for Rights, Information and Democracy (ARID) – have expressed their disappointment and dissatisfaction with the new set-up.

CEPS’ chief executive, Michel Pierre, said, “we are concerned and disappointed with the way the councils which will govern our districts were set up. We feel that this in itself is against the principles of good governance, accountability and transparency which the country is advocating for.”

“We feel that the establishment of these governing bodies is not aligned with the principles of democracy,” said Pierre, who added that contrary to what is written in the Local Government Act 2015 “what has happened is a direct contradiction.”

CEPS said people not affiliated with these two parties are being denied their rights to directly participate in the country’s governance as stipulated in article 24 of the Seychelles’ constitution.

ARID said in a press release Thursday that it is against the decision to nominate and the process of nomination councillors for the regional district council.

“We support the decision to have regional councils instead of district councils and we believe that this will give citizens the opportunity to partake in the development of their districts at the regional level. However, we are totally against the proposal made, whereby the main political parties will nominate and appoint members of the regional councils,” said the organisation.

SNA spoke to the party leader of Linyon Demokratik Seselwa (LDS), Roger Mancienne, who said, “the regional councils will act as an extension to local government from the parliament.”

“Now political parties will have a direct supervision on the District Administration, we will now have a direct input. In our case, as the opposition, we have not been included in local governance and traditionally district administration was associated with the ruling party,” said Mancienne.

The secretary for communications for Parti Lepep, Sebastian Pillay, said “regional councils as an administrative framework is the right way towards the district autonomy. This will foster a strong sense of belonging and encourage maximum participation at the district level.”

The districts of the island nation are administered through District administrative offices in 25 districts. 22 on Mahe, two on Praslin and one on La Digue. In addition, each district has an elected member who sits in the National Assembly.

Pillay added that “people from all walks of life are on the council, and will work well in the communities. Besides this is an administrative framework, not a political one. Even Perseverance 1 and 2 though not a district yet will also be represented on the councils.”

Mancienne has expressed his wish “to see elections of the regional councils. And this can be done in the next presidential election due in 2020 – if not earlier.”

As no official announcements on when elections will be held, the CEO of CEPS said, “We feel the councils are purely political and we are calling on all Seychellois not to accept the regional councils.”