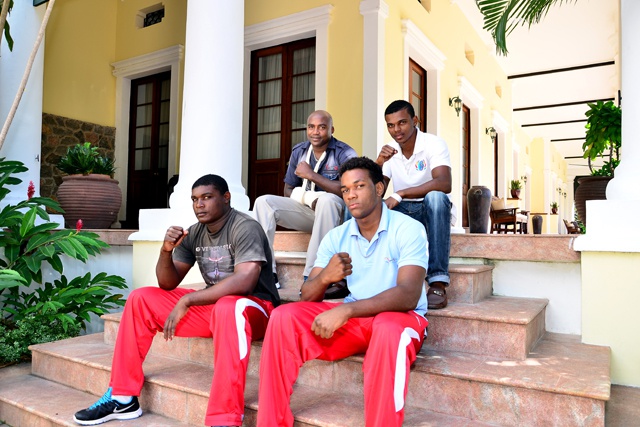 (Seychelles News Agency) - The Seychelles islands, an archipelago of 115 islands with a 90,000 population in the Western Indian Ocean off the coast of Africa, have never won an Olympic Games medal, but are setting hopes high for one in the future following plans to nurture young sporting talent, already showing promising results.

According to the Chief Executive of the islands’ National Sports Council Giovanna Rousseau the council has the funds to support the training of athletes and to reward them when they win international competitions, adding that she wants them to win an Olympic medal.

“I am optimistic, I cannot see why Seychelles cannot get a medal at the Commonwealth Games or even an Olympic medal. It is difficult to get an Olympic medal but it is possible. I say this all the time when I speak to the athletes, we have our two feet and our two hands and a head just like all other athletes in the world and we just need to have to want to win which is important and if you do something with love and dedication, you will achieve it if you want to, said Rousseau following a meeting with Seychelles President James Michel on Thursday, together with a group of winning athletes from the swimming and boxing federations.

The young Seychellois athletes are preparing for the Commonwealth Games in Scotland later this month, and some recently won gold medals in competitions in Africa.

Seychellois rising boxing stars Andrique Allisop  and Keddy Agnes won medals at the Africa Boxing Cup in South Africa in June. Agnes won a bronze medal, while Allisop won a gold medal. Allisop had won a gold medal for boxing at the Limassol Cup held in Cyprus, while Agnes won a silver there.

Kevin Kilindo won a gold medal in boxing and Felicity Passon won two bronze medals in swimming  at the Africa Youth Games in Botswana. Passon achieved the qualifying time for Olympic Youth Games which will take place in Nanjing, China in August.

Rousseau, who is herself one of Seychelles’ best known sportswomen having been the island nations’ badminton and squash champion in the 1980s and 1990s, said that the council is encouraging young athletes to start training young.

It has an academy where the children start training early in the morning, they are given breakfast and then dropped off to school, then when they finish school, they are picked up again and taken for training and later taken to their homes by the academy staff, she says.

The NSC also has schemes for outstanding athletes who receive an allowance, which she says is good enough that they can train to a high level and do not need to work.

“Our athletes who are training like this can really concentrate on their sport and we are also approaching work places, where we get a lot of cooperation, to ask them to give the athletes release from work and this is is very important for the athletes, as they get released they feel that they are appreciated and then they put all their effort in their training....we have a lot of schemes for those who are winning strong and win medals at the African level and international level and there are monetary rewards which we give based on their results.”

She added that the council is reviewing the rewards that are given to athletes.

The President of Seychelles Olympic and Commonwealth Games Association Antonio Gopal added; “We can see the athletes go up and down in their performance, especially when we speak of Andrique [Allisop], and now we see he is in good form and we can see that he really wants it [to win] , and that is the most important for an athlete that he wants it.”

Allisop says he is ready for the Commonwealth Games, with his focus on knocking out opponents.

“There I will go ‘all-out’ as I performed quite well in two earlier tournaments and my morale is high, I’m still in the competitive mood, I will go and punch all-out, “ said Allisop.

“The Commonwealth Games and the Youth Olympic Games are approaching and I am training hard and I just hope to do well,” added Passon.