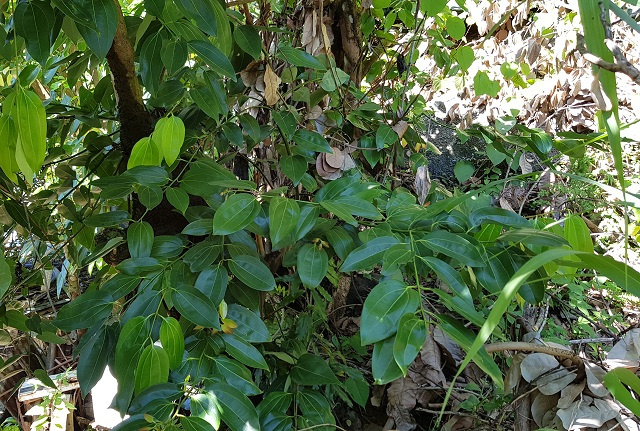 Cinnamon was chosen as the new source of income for Seychelles as it grows abundantly in the island nation. (Betymie Bonnelame, Seychelles News Agency)

(Seychelles News Agency) - Eighteen businesses have shown interest in investing in the cinnamon industry in Seychelles, which is part of the government's plan to diversify the economy, said a top official on Tuesday.

Investment, Entrepreneurship and Industry Minister Devika Vidot made the statement in response to a question from the elected member of the National Assembly for the central English River district, Andy Labonte.

Labonte asked if any individuals have shown interest to enter the cinnamon industry after the government had announced its intention to revive the industry.

"Before the government announced its intentions to support the return of the cinnamon industry in Seychelles, only two people had shown interest in it. However, now 18 businesses have come forward with an interest to delve into this industry," said Vidot.

She said that among them are some who want to harvest cinnamon, while others intend to produce value-added products using the popular spice.

Seychelles has a long history with cinnamon and the plantation industry, which was once the pillar and backbone of its economy. The spice was first introduced to the islands in 1772 by the order of Pierre Poivre -- a French naturalist who was the administrator of Mauritius and La Reunion, which were also French island colonies at the time.

With the opening of the Seychelles International Airport in 1971 and a new focus on tourism, followed by the clearance of land for housing, the plantation industry lost its importance and started to dwindle in the early 1980s. To date, only a handful of people are still involved in the industry.

In May last year, Vidot said that one of the strategic objectives of her ministry was to increase the country's revenue through increasing local production for exportation, reducing importation and reducing dependence on tourism.

Seychelles, an archipelago in the western Indian Ocean, relies heavily on tourism, the top pillar of its economy. With a downturn in travel caused by the COVID-19, the island nation's tourism was greatly affected.

Cinnamon was chosen as the new source of income for Seychelles as it grows abundantly in the island nation.

There are presently two main local companies involved in the production and exportation of cinnamon bark -- Chaka Bros and Globarom. Both companies told SNA last year when the initiative was announced that the revival of the industry and the support from the government was long overdue.

"It's interesting to note that for the first time in years, the value of cinnamon exportation in Seychelles is much higher than the value of importation, which clearly shows interest in this sector, despite it being ignored for many years," said Vidot.

She added that it is good for the country to continue spending foreign exchange to import the same things that can actually be produced locally. This is why the government will support the growth of such industries with particular interest being put on the production of value-added products such as essence, powder and oil using local resources.

They also spoke of other agricultural products and spices that Seychelles could look at to bring more to the local economy, such as vanilla, saffron, coconut and honey where a lot of interest has been shown.

"I am pleased to share that following studies done on locally produced honey, it has been seen that it has a higher quality than that which is preferred globally," said Vidot, who added that the government has invested in equipment to test the quality of the local honey.

The government has said that it is working hard to support these industries and will work towards finding the right exportation markets for Seychelles to make the most of.