Island made: 4 rums to try and buy in Seychelles 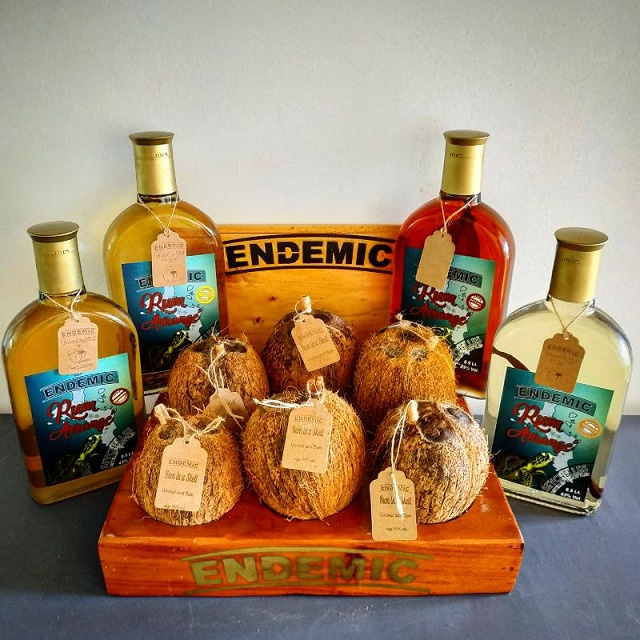 (Seychelles News Agency) - At one time in Seychelles, the perception was that if something was imported it was really good quality. But this has slowly changed and currently, there are many local products that have made its way on top in the choosy Seychellois marketplace.

One high-quality product that is locally produced rum. In this week’s buzz, SNA presents four different brands of rums that are well appreciated by the locals and something which visitors must make time to sample while in Seychelles, a nation of 115 islands in the western Indian Ocean.

This rum makes for a beautiful gift for all occasions. It is inspired by Olivier Levasseur -- a notorious pirate -- whose treasures are believed to be buried at Bel Ombre, a district in the northern part of Mahe, the main island.

The dark rum is the brainchild of local entrepreneur Marco Francis. Francis sought the help of Mauritian master blender Frederic Bestel to create the spirit which he blends at his distillery.

The rum is on sale in duty-free shops, hotels, and restaurants and is selling at $40. It is also on sale in the European market thanks to a French company -- DUGAS -- which is helping with the distribution.

With its marinade of flavours ranging from lemongrass, curacao blu, coco, white and black cacao, passion fruits, and cinnamon, this rum is produced by Renato Longobardi, an Italian who has been leaving in Seychelles for over two decades.

The Italian national learned the practice of making liquor from monks at the Vatican when he was a young man. His produce is yeast- and methanol-free and is of high quality that doesn’t bring much harm to the health.

Seychellois and visitors landing on Mahe can find La Buse alcohol at Longobardi’s shop at Seychelles International Airport. Prices range from $22 to $273. Aside from Seychelles, his drinks are exported to Tanzania, the U.S. France, and Britain.

Rum in a Shell

What is a better way than to serve rum in the most natural way -- in a coconut! Rum in a Shell is the most recent creation of Spirit of Seychelles - Craft Distillery - a business that started in 2016 at a small bar that the owner, Zack Liapoun, was operating. At the time he was distilling and making the rum available in three flavours -- thyme, lime and passion fruit.

According to Liapoun the main idea behind ‘Rum in a Shell’ is to be unique, go natural and stand out. The flesh of the coconut remains intact inside the shell, into which, 40 percent distilled alcohol rum is poured. It takes about a week for the rum to infuse with the coconut.

The products are also available at the duty-free shop at the airport at $6.

Takamaka Bay Rum was established in 2002 by brothers Richard and Bernard d’Offay at the old plantation house of La Plaine St Andre originally built in 1798.

The dark rum which is a sugar cane rum of the island nation has grown to become a global brand and one of Seychelles’ major exports occupying a lead spot in major duty-free shops in the world including Dubai. The rum is also available in Europe with distribution points in the United Kingdom, Germany, United Arab Emirates, China, Mauritius, Madagascar, Maldives, South African and Djibouti.