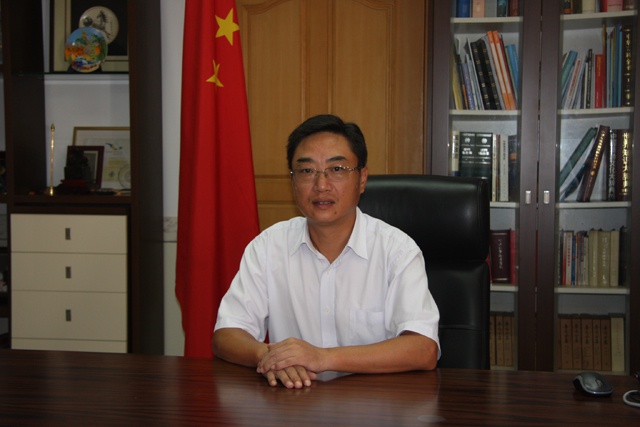 (Seychelles News Agency) - Seychelles and China can explore more areas of cooperation in the future, for example in field of tourism as well as to further develop the Blue Economy concept, as China has the technology to help Seychelles in this sector.

The current Chinese Ambassador to Seychelles Shi Zhongjun said this in an interview with the local press at State House this morning, after paying a farewell call to the Seychelles President James Michel now that his mandate is coming to an end.

When he spoke of the possibility of increased cooperation in the tourism field, Zhongjun noted that there has been an increase in the number of Chinese tourists to Seychelles in recent years.

In fact, 2014 has seen quite a boom in tourism arrival from the Asian market compared to previous years as a result of marketing efforts by the tourism authorities in a bid to diversify the island’s tourism markets.

China is currently amongst the top 6 leading markets according to figures released by the NBS with 9,951 tourists having disembarked at the island’s International from January up to September 7, 2014.

Zhongjun was accredited as the Chinese Ambassador to Seychelles in 2011 and at the end of his tenure, he has described as "a very happy three years" his stay in the Indian Ocean archipelago with a population of 90, 000 people.

Some of the projects funded by the Chinese government that the ambassador has seen materialized during his mandate includes the new court building or 'Palais de Justice' built on the reclaimed land of Ile du Port, a new hospital at Anse Royale, southern district of the main Seychelles island of Mahé, as well as the donation of a new purpose built patrol vessel for the Seychelles Coast Guards.

Another project, which is still under construction is a new primary school at Glacis, in the northern district of Mahé.

Helping to bring the Seychelles' Chinese origin to the fore

During his tenure, Zhongjun also witnessed the first Seychelles - China Day in January this year to coincide with the Chinese New Year. This was a joint initiative between the Seychelles, Ministry of Tourism and Culture, the Chinese Embassy in Seychelles and the local Chinese Community.

The Chinese Ambassador has also helped the local Chinese community to raise funds for the construction of a new Pagoda in the Seychelles capital of Victoria, which will replace the one that has been standing since 1902.

The various projects that have been completed as well as those still being discussed were amongst issues which the ambassador talked about with the Seychellois head of state this morning.

In a press statement issued this afternoon, State House said Michel thanked Ambassador Zhongjun for his support and commitment in elevating the bilateral relations between Seychelles and China.

"You have played a pivotal role in bringing the relations between our two countries forward, and in the process we have together build the friendship, which I should say are exemplary. Everywhere you go around Mahé, people can see the landmarks of our excellent relations, which have in fact increased during the last few years. We would appreciate the continued support from the People’s Republic of China for future projects. Our relations are set to further expand and I am convinced that your successor will build on what we have already achieved with the same dedication as you,” said Michel in the statement.

Diplomatic relations between China and Seychelles was established in June 1976 although ties between the two countries date way earlier.

Today, Seychellois of Chinese origin forms part of a large community, and are represented in all sectors of society. Amongst the more prominent is the Seychelles first president James Mancham , who is of Chinese origin, as is the first Seychellois Anglican priest who later became Archbishop, French Chang-Him.

Moving on after Seychelles

Whilst bidding farewell to Seychelles, Ambassador Shi Zhongjun says he is bringing along with him many memories of his stay in this small Indian ocean country.

"I will take a booklet of beautiful Seychelles sceneries in it, with this book I also bring back the good memories I lived here for the past three years," said Zhongjun.

The Ambassador said that he is going back to Beijing where he will work for a few years and that he may eventually represent China in other countries.