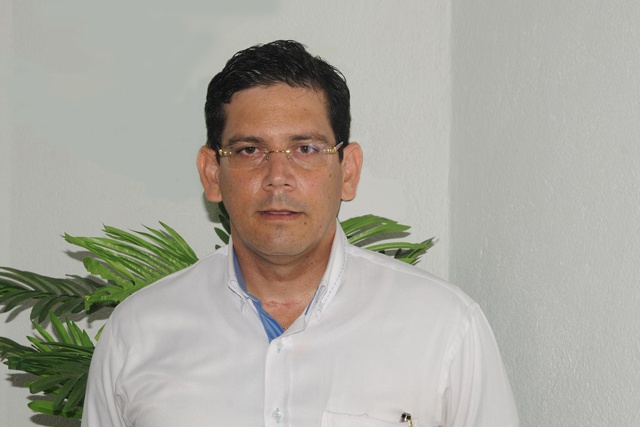 (Seychelles News Agency) - A Seychellois businessman is stepping down as chairman of the Seychelles Chamber of Commerce and Industry (SCCI) halfway through his two-year mandate.

Marco Francis announced his decision in a letter addressed to the SCCI’s Secretary General and made public Tuesday. The resignation takes effect on Friday.

Speaking to SNA Tuesday morning, Francis said that he has taken the decision to focus more on his businesses and his non-governmental organisation, the Better Life Foundation.

“Over the last three years I have neglected my businesses because being SCCI chairman is fulltime [and] it's voluntary,” said Francis, adding that he has been thinking about resigning since the end of 2015.

Francis has over the last three years been active in engaging with the government and policy makers on issues relating to the business sector and also creating external links including with other chambers of commerce.

Commenting on his tenure, Francis said that his last three years in office have been both interesting and challenging but rejected suggestions that his decision was due to any criticisms that may have been directed at him.

“I think SCCI is on the right footing to continue without me,” he said, adding that he remains a member of SCCI and that his doors “will remain open” to his successor.

There have been mixed reactions to Francis’ imminent departure. Some members feel there has been a lack of consultation with businesses with regards to issues that affect them.

Peter Roselie, a registered member of the SCCI, told SNA he was concerned that businesses were not consulted for example before Francis discussed with government the issue of a 13th month of salary president James Michel recently proposed in his State of the Nation address.

“The chamber is divided," Roselie said. ''I hope the chamber becomes more of a business club and is representative of not only big businesses but smaller businesses as well.”

The SCCI management council on the other hand told SNA that in spite of differences of opinion in the past, many members have come forward to ask Francis to reconsider his resignation.

“The council has discouraged him to resign but respects his decision. Marco was hardworking, proactive and dedicated a lot of his time to SCCI. If whoever is elected the new chairman continues to build on the foundation already laid it will be good,” SCCI’s Secretary General Juliette Sicobi-Azaïs told SNA.

A new chairman will be elected in a vote planned for March 21. Meanwhile the body which brings together the Seychelles business community will be led by Vice Chairman Dolor Ernesta.

The SCCI currently has over 500 members and any of them can present themselves as a candidate.

Fear should not hold you back, Seychelles Young Entrepreneur of the Year says