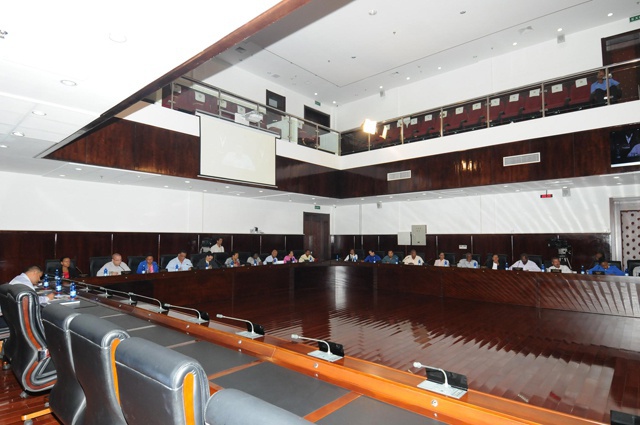 (Seychelles News Agency) - A government decision to not pay pensions to former ministers and members of parliament until they reach retirement age will soon be voted on by the National Assembly.

Past Seychellois ministers and MPs have been receiving a monthly pension at the end of their mandate, even before the retirement age of 63 as defined by the Seychelles law, since 1998.

The new measure to end this privilege was approved by the Cabinet of Ministers in an extraordinary session on Monday.

The session was to discuss several decisions announced by the Seychelles' President James Michel in his State of the Nation Address.

In his address February 16, Michel said that “Seychellois are asking why a former member of the Assembly who has not reached the age of retirement should be receiving a pension after, let’s say, only one or two terms.”

Attorney General Ronny Govinden has been instructed to prepare the new bill, which will be presented to the parliamentarians for approval, with the intention of having the new law state that everyone should be paid a pension at retirement age.

There is no mention of a pension for ministers and members of the national assembly in the Constitution of Seychelles.

"Anyone who believes that they have been affected by this law can appeal to the courts," Govinden told SNA on Monday.

The current pension scheme was unanimously endorsed by the National Assembly in 1998.

"The law changes and adapts according to the demand of ordinary people. It is for this reason that the government has taken the decision to give a pension at retirement age," said Govinden.

In her reaction to the State of the Nation Address, the Leader of Government Business in the national Assembly Marie-Antoinette Rose said: “We have been consulted on this and we support this decision," adding that government leaders were making a ‘sacrifice’ to contribute towards the increase in minimum wage and retirement pensions.