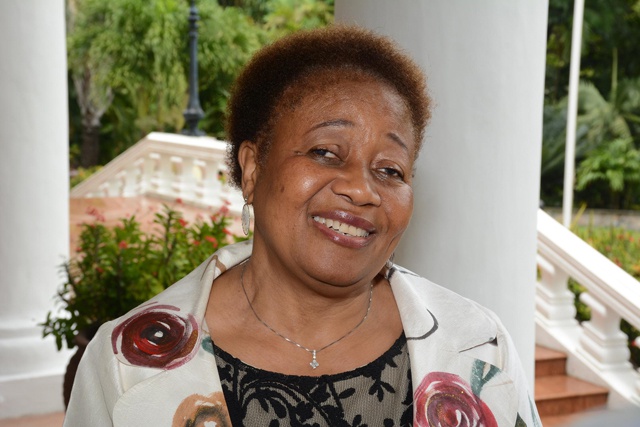 (Seychelles News Agency) - The outgoing High Commissioner of South Africa to Seychelles said on Wednesday that placing Seychellois medical students back in universities will remain a priority and a concern of her successor.

Nomvuyo Nokwe made the statement after her farewell visit to the Seychelles President Danny Faure.

This week the Agency for National Human Resource Development (ANHRD) told the media that five of those students have returned to South Africa to continue their studies.

ANHRD says that the remaining students have expressed their wish to discontinue their studies with their respective universities in South Africa, and opt for a transfer in another country.

The agency says that they are doing their best to ensure that these students continue their studies even if they do not do it in South Africa.

The outgoing High Commissioner said that this issue will remain a priority and concern for the next South African Commissioner.

Speaking about the accomplishments during her four-year mandate, Nokwe said her biggest achievement was the opening of the honorary consul office in Seychelles, a group of 115 islands in the western Indian Ocean, headed by local businessman Rod Thorrington in March 2016.

Nokwe said, “In terms of filtering certain consular work, it is done by our honorary consul Mr. Thorrington, and he has done an outstanding job.”

The outgoing South African High Commissioner Nokwe also highlighted the signing of the air services agreement between the two countries and the signing of a Memorandum of Understanding in the tourism industry.

Nokwe said that with Seychelles being a member of the African Union (AU), the Southern African Development Community (SADC) as well as French-speaking country, it is an advantage for pushing her country’s agenda.

The outgoing High Commissioner said it was an honour and privilege to have served her country and developed strong bilateral relations with Seychelles.

Nokwe was accredited to the Seychelles in June 2012 and based in Mauritius.