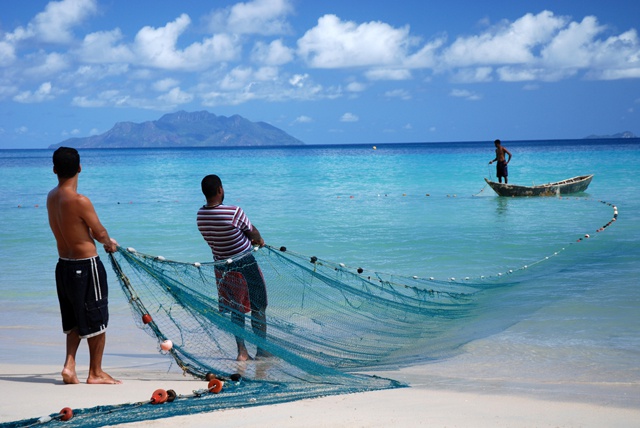 (Seychelles News Agency) - The importance of the Blue Economy for Africa and how the continent can be better equipped to maximise the use of its marine resources has been put at the forefront of a debate at Chatham House, the Royal Institute of International Affairs in London.

In a press statement issued this morning, the Seychelles Ministry of Foreign Affairs says the island’s Foreign Affairs Minister led a discussion on “the merits of a Blue Economy approach for the Indian Ocean and Africa,” before London’s Chatham House.

“The discussions which were attended by members of London based diplomatic community as well as representatives of academia, civil society and the private sector focussed on the changes that were needed in international governance that would allow African countries to make more judicious use of oceanic resources,” reads the statement.

“Adam stated that Africa was poised for a 'Blue Economy' revolution but more technical capacity was needed to maximise use of their resources.”

When addressing a ministerial meeting in preparation for the Blue Economy Summit in Abu Dhabi in January Adam described the Blue Economy as a concept founded in and supportive of, but distinct from the Green Economy adding that issues of marine resource management and sustainable development merit specific attention.

Founded in 1920, Chatham House is an independent policy institute whose mission is to help build a sustainably secure, prosperous and just world.

In London, the Seychelles Minister for Foreign Affairs also addressed the oil and gas summit where he seized the opportunity to talk about the archipelago’s framework for oil and gas exploration which he said goes side by side with Seychelles strategy for sustainable development focussed around the Blue Economy.”

“The Minister emphasised Seychelles' commitment to sustainable development that takes into account of all its resources and the way in which such resources can be developed while maintaining the highest standards of environmental protection,” noted the MFA statement, adding that Adam was accompanied by Eddie Belle, the Chief Executive of Petro Seychelles.

Along that line Adam highlighted Seychelles effortsto protect more marine areas of its oceanic zone by drawing up a 'marine spatial plan' which will allow the island nation to properly present its ocean as a development space.

Once it is finalized in two years’ time the plan will clearly demarcate areas designated for fishing, recreation, oil exploration and tapping as well as harnessing of renewable energy sources.