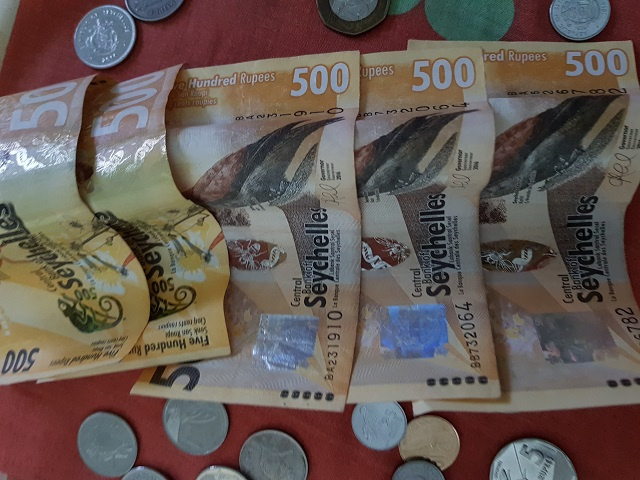 Abel said the CBS has observed that the movement in the exchange rate has been very fast. (Seychelles News Agency)

(Seychelles News Agency) - The Seychelles' economy is picking up as the rupee appreciates against the dollar but it has not yet reached its full growth potential, said a top finance official.

The governor of the Central Bank of Seychelles (CBS), Caroline Abel, told a press conference on Tuesday that although there is a decrease in the exchange rate, it is not entirely derived from economic activities, thus any change occurring should be gradual whereby people can adjust.

"As the foreign exchange rate brings certain advantages to the economy in relation to a drop in the value of importation, some people might be also affected as they would receive fewer rupees upon exchanging," said Abel.

The governor said the CBS has observed that the movement in the exchange rate has been very fast and compared to the same period last year it has been a complete turnaround.

"Last year around this time when we had a large decrease in tourism. When there was no income being generated by that sector we had a shock on forex revenue and that made the exchange rate more expensive," she said.

"At that time last year, we had a negative outlook of $4 million and CBS had to intervene using the country's reserves to sustain importation and the market," she added.

She said that up to now the foreign exchange entering the system is still higher than demand.

"There are certain moments during the month that businesses change their forex to get rupees to sustain their operation. Additionally, there has been a reduction due to the fact that banks and exchangers are holding foreign currency at a fixed exchange rate as the system receives excess supply," said Abel.

Abel said that a reduction in the foreign exchange rate has been possible as more people attempt to exchange their forex at once to maximise the rupees that they can get.

The economy of Seychelles, an archipelago in the western Indian Ocean, relies heavily on imports, therefore an appreciation of the domestic currency should translate into lower inflationary impulses and therefore a reduction in prices of goods and services.

The governor said that CBS is keeping a close eye on the international front as the COVID-19 pandemic is still dynamic and is still bringing uncertainties that affect the way the economy is progressing.

To date, the country's reserves stand at $562 million and the amount that can be used is $417 million. The calculation shows that this reserve will last the country for about 18 months.

Finance » Be a reporter: Write and send your article » Subscribe for news alert
Tags: COVID-19 pandemic