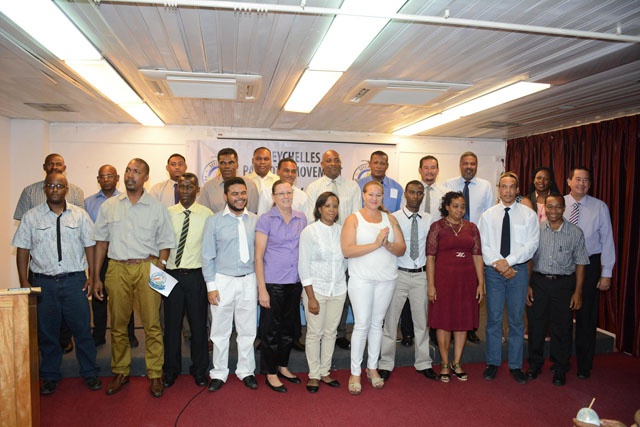 SPM announced representatives for 23 out of the 25 electoral districts to be contested. (Joena Bonnelame, Seychelles News Agency)

SPM announced representatives for 23 out of the 25 electoral districts to be contested. The party did not present candidates for Takamaka – a region of South Mahe, the main island -- and St Louis, a central district, but said that it is still seeking the best contenders to stand for the two areas.

Aside from the party’s leader, Regis Francourt, other executive committee members of SPM – which registered in July -- are former members of Lalyans Seselwa (Seychellois Alliance), a party formed early last year by a former member of the ruling party, Patrick Pillay, to contest the presidential election.

The majority of SPM’s members are not in favour of the stance taken by the leadership of Lalyans Seselwa to be part of an opposition coalition – Linyon Demokratik Seselwa – formed by members of four opposition parties.

On Saturday SPM complained of criticisms faced following the decision to form the new political party.

"The only thing we have done is to exercise our right to contest an election and nobody has a monopoly over democracy," said Régis Francourt, the leader of SPM.

SPM members have said that should the party win the September elections they will put forward a motion that seeks to allow the removal of a member of the national assembly should the constituents feel the person is not doing his/her work.

According to Francourt, changing the strategy is the way to go in order to defeat the ruling Parti Lepep as previous strategies have failed.

"What we need to do is to convince party members to join us, it is our strategy," said Francourt.

The Independent Conservative Union of Seychelles (ICUS), registered as a political party in March 2015, announced in July that it has teamed up with SPM to contest the September elections.

Three other political parties have already announced their 25 candidates for the upcoming legislative polls.

The ruling Parti Lepep was the first to do so, followed by Linyon Demokratik Seselwa. Linyon Sanzman, a party that has now been asked not to make use of the name following a court ruling, has also announced its line-up.

The Electoral Commission has set August 17 as nomination day when candidates contesting the September polls will have to submit their registration documents.

This will be the second time in less than a year that eligible voters of the 115-island archipelago in the western Indian Ocean with a population of around 93,000 are being called to vote.

A presidential election which went through a historic run-off was held in December. The ruling party’s candidate, James Michel, was re-elected as President with 50.15 percent of the votes.

The opposition candidate Ramkalawan, representing the Seychelles National Party (SNP), received 49.85 percent of the votes. A difference of 193 votes separated the two candidates.