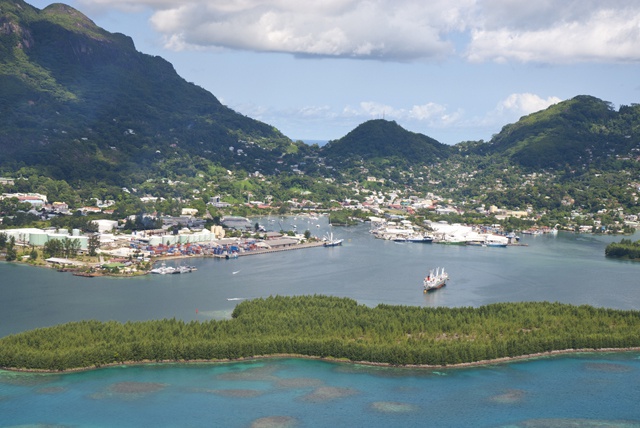 (Seychelles News Agency) - The Office of the Seychelles President has responded to allegations of corruption against President James Michel as “unfounded” and has strongly denied any wrongdoing on the part of the President, according to a report in local daily newspaper ‘Today in Seychelles’.

An article published on June 09, from the International Consortium of Investigative Journalists (ICIJ) entitled ‘Sun and shadows: how an island paradise became a haven for dirty money’ caused a stir when American investigative reporter Matthew Shaer, and two editors at ICIJ alleged that Seychelles government officials during the time of former President France-Albert René, including current President Michel, who was at the time Seychelles’ Finance Minister, knowingly welcomed organized criminals and businesses engaging in corruption and fraud by the poor regulation of the offshore financial industry in Seychelles.

The President’s Office described the article as a “rehash of old news concerning the deficiencies of the Seychelles offshore sector in the past” and claimed it aimed to damage the reputation of the Seychelles.

The article uses a controversial 2012 Al Jazeera undercover report on illegal practices within the offshore industry as a starting point, and goes on to make allegations of corruption dating back to the days of single-party socialist rule after the coup that overthrew the first president of Seychelles, James Mancham, and sent him and his supporters into exile.

Some of the exiled supporters who returned with Mancham when multi-party democracy was introduced in 1993 were interviewed by Shaer for the article, as well as other opposition politicians, which State House officials have described as containing “a politically-motivated undertone”.

The President’s Office confirmed to the local newspaper Shaer’s claim that James Michel registered an offshore entity in the British Virgin Islands called Soleil Overseas Holding Ltd in 2007 as a private individual, but says the company has no assets and has not conducted any transactions.

“It remained dormant until it was struck off,” said the statement.

The President’s Office urged anyone with evidence that Michel has engaged in corruption to come forward and make a complaint at the Public Officer’s Ethics Commission (POEC) for further investigation.

“The President has declared all his assets to the POEC and he has nothing to hide,” said the statement.

In November 2013 Seychelles National Assembly approved amendments to some sections of the 1994 International Business Companies Act and the inclusion of a new section to ensure that the law and offshore sector are in line with international standards and the Organisation for Economic Co-operation and Development (OECD) recommendations.

The Seychelles international financial services sector, that registers around 11,000 new companies annually, has been under the spotlight since it was rated non-compliant in two areas last year by the OECD’s Global Forum on Transparency and Exchange of Information for Tax Purposes, during Phase Two of the Peer Review Group rating process.

The Global Forum is a multilateral framework within which over 100 member states, or jurisdictions as they are called within the Global Forum, participate on an equal footing to facilitate inter-jurisdictional transparency and the exchange of information for tax purposes.

It bears noting that countries with larger and longer-established offshore financial sectors such as Switzerland and Grenada have not yet passed the Phase One part of the stringent OECD evaluation process.

Seychelles’ Phase 2 report, which covered the three-year period under review between July 2009 and June 2012, met the standard for eight essential elements out of ten, but there were two elements where Seychelles was rated non-compliant.

The two areas of concern related to the issue of bearer shares and availability of record keeping of IBCs and their agents, and in response to these issues, the Minister of Foreign Affairs, Jean-Paul Adam, who attended the Global Forum in Jakarta in November 2013, said that Seychelles has cooperated fully with the OECD and has also taken action to address the Peer Review Group’s concerns.

However, these actions can only be formally recognized through a supplementary review and thus the Global Forum will maintain the overall rating of non-compliant relating to Seychelles until a re-assessment can take place, possibly later this year.

State House says that since the creation of the Financial Intelligence Unit in 2008, greater scrutiny is placed on the activities of offshore companies and accounts, and with the amendment of the relevant pieces of legislation in 2013, the offshore sector is subject to much greater controls.

Since the beginning of the year FIU investigations have led to the seizure of large sums of money pertaining to illegal activities.

In April for example, the Seychelles Supreme Court seized over $325 thousand belonging to a Russian organized cybercrime gang and last month the court ordered for the seizure of over $490 thousand kept in a Seychelles-registered offshore company’s bank account after it was identified as part of an international carousel fraud operation.

There are also several pending cases being investigated like claims that members of the former Ukrainian government were laundering money through the Indian Ocean archipelago’s offshore companies sector.

The Seychelles FIU is still actively engaged in international efforts to trace and recover the stolen assets from Ukraine.

At the beginning of June the financial intelligence body signed a Memorandum of understanding with the Federal Financial Monitoring Service of the Russian Federation in the margin of the 22nd plenary of the Egmont Group of Financial Intelligence Units, held in Lima, Peru.

The Indian Ocean archipelago is one of the 147 member states of the Egmont Group formed in 1995.

And during the Peru meeting it engaged with a number of member countries “on strengthening cooperation and exchange of information on transnational crime issues and had specific discussions on the tracing and recovery of assets stolen from Ukraine,” according to a press statement issued by FIU on June  09.

In spite of all these efforts the President’s office statement to the local newspaper has said that there is still work to be done to improve regulation of the industry.

“Every country in the world has the tough task of keeping money launderers and crooks from doing business in their territory, and Seychelles is no exception. It is doing its utmost to keep its jurisdiction clean,” the statement concluded.

President of Seychelles travelling to Canada for G7 session on Oceans