Islands of Love: 9 celebrity couples who honeymooned in the Seychelles 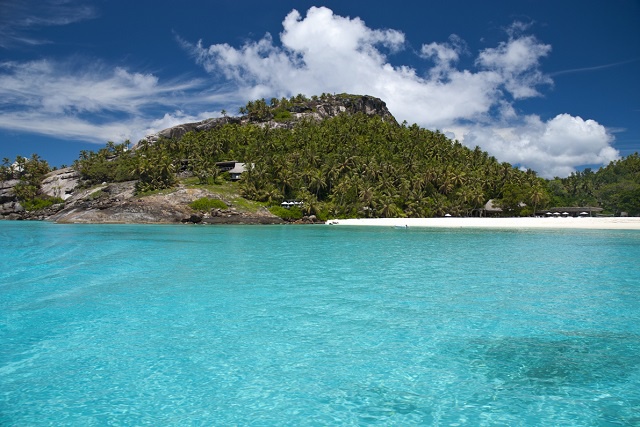 One of the beaches on North Island popular among celebrity on honeymoon. (Gerard Larose, Seychelles Tourism Board )

The once golden couple honeymooned at a luxurious resort on Fregate Private Island after their wedding in 2000. (Obviously it didn’t last.) Named after the local Fregate bird, the paradise island is for those seeking a unique experience. A sanctuary of clear waters, shimmering white beaches, and endemic birds offers a haven of tranquility and privacy.

Royal couple Prince William and Duchess Kate of Cambridge spent 10 days on North Island after their wedding in April 2011. The country did its best to give the couple their privacy despite massive media interests from the UK tabloids.

Ronan Keating whisked wife Storm Uechtritz to private resort island of Fregate in 2015. The lovebirds enjoyed many Seychelles’ sunsets on the magical island. Deep sea fishing was one of their favourite activity on the island.

North Island of the Seychelles archipelago was the perfect honeymoon location for this power couple after their Venice wedding in 2014. North Island is a haven for endemic species. It is cradled by powdery-white beaches kissed by the clear blue ocean.

The couple spent the last leg of their honeymoon on beautiful North Island after their wedding in August 2015. The couple spent almost three weeks in exotic locations, first stopping in the Maldives, then going on a safari and mingling with the Masai on the plains of the Serengeti in Tanzania.

The younger sister of well-known socialite Paris Hilton and husband James Rothschild hopped to the Seychelles islands for the last leg of their honeymoon after a safari in Botswana.The couple who got married in 2015 is believed to have stayed at the exclusive North Island private resort.

After a wedding ceremony in Venice in 2009 Salma Hayek and French husband Francois-Henri Pinault travelled to North Island Resort for their honeymoon. Three granite peaks enclose the island’s lush forests. The calm and serene island is the ideal place for honeymooners.

Former Beatles member Sir Paul McCartney took his wife Heather Mills for their honeymoon in the cluster of islands in the western Indian Ocean in 2002. The couple stayed on Fregate Private Island. (This one didn’t last either.)

The former English Premier League footballer whisked his new wife to a secret island of the archipelago in 2014. The couple managed to keep their honeymoon nest a secret.