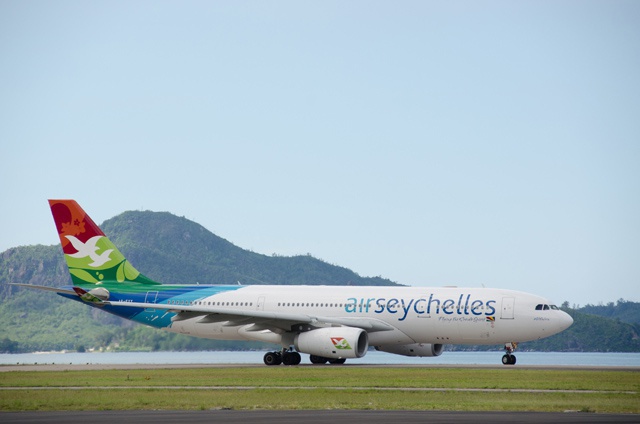 Half way through 2014, Air Seychelles has posted a strong set of financials for the first quarter of 2014, standing the national carrier in good stead for the rest of the year, with an increase in revenue of 66% compared with the same period in 2013.

According to a press statement issued today, the airline says passenger numbers on Air Seychelles’ international network increased by 77.3 percent to 58,971 compared with the first quarter of 2013, an increase the airline has put down to more traffic from Abu Dhabi, Mauritius, Johannesburg and Hong Kong.

Air Seychelles’ numbers are correlated by recent visitor arrival figures released by the National Bureau of Statistics showing that the total number of arrivals to the Seychelles from Asia has increased by over 10%.

Improved connectivity with Etihad Airways, which owns a 40 percent stake in Air Seychelles, and improved cargo services is said to have also played a big part in boosting the first quarter earnings.

The airline enhanced their on-ground cargo handling capabilities on the main island of Mahé and subsequently saw an increased demand for cargo services between Seychelles and Paris, Johannesburg and Hong Kong. All in all, Air Seychelles delivered 1,602 tonnes of cargo in Q1 2014, which is an increase of almost 127% from the same period last year, according to the statement.

Domestic nervousness over the resignation of Air Seychelles’ Chief Executive, Cramer Ball, last year to take up the reins at India’s second-largest airline, Jet Airways, has dissipated, with Air Seychelles’ newly-appointed CEO, Manoj Papa proving himself to be keeping the airline on the right track.

Australian-born Ball, who boasted a strong financial background, was largely credited with turning the airline around from financial ruin after he was appointed in January 2012 by partner Etihad, shortly after the Abu-Dhabi-based carrier signed a five-year management contract.

“Our Q1 passenger and cargo performance indicates that we are delivering on our mandate to support the Seychelles economy, both through tourism and trade,” said Papa at today’s release of the first-quarter figures.

“We remain committed to meeting these objectives in the months and years ahead, by building depth and scale into our network, organically and through partnerships, taking delivery of new aircraft, hiring more Seychellois, and bringing more guests and trade to the Seychelles.

Papa added that Air Seychelles would continue to focus on being more efficient in its operations, and has reaffirmed the airline’s commitment to offer excellent convenience and comfort while continuing to offer good value for money.

The airline has made great strides in the past two years to increase its product and service offerings, and this has paid off with Air Seychelles being awarded a prestigious four-star Skytrax ranking in 2013.

Air Seychelles currently offers cargo and passenger services to destinations within the archipelago itself as well as in Africa, the Middle East and Asia, also has codeshare partnerships with airberlin, Cathay Pacific Airways, Etihad Airways, and South African Airways, extending its network to 39 cities around the world.

In April the national carrier, started a designated service for the transfer of cargo between the second most populated Seychelles’ island of Praslin and the main island of Mahe.

And soon the domestic passenger services will also be boosted when it takes delivery of two new DHC-6 Twin Otter Series 400 aircraft from Viking air, a year ahead of schedule.

On its international routes, the volume of passengers as well as cargo is also set to increase next month as Air Seychelles starts flying to the French capital of Paris via Abu Dhabi.