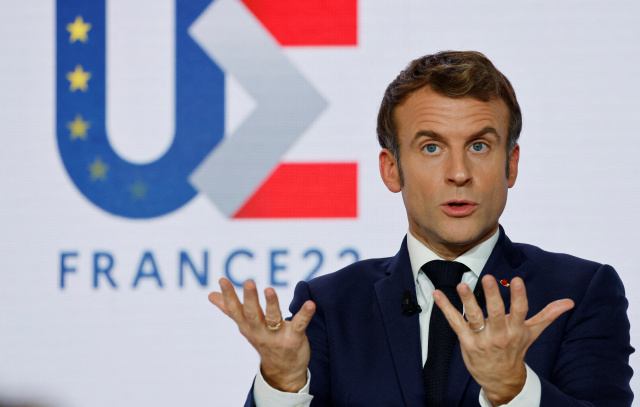 (AFP) - France has no plans to join the US and others with a diplomatic boycott of the Beijing Winter Olympics, President Emmanuel Macron said on Thursday, calling such a move "insignificant".

"To be clear: You either have a complete boycott, and not send athletes, or you try to change things with useful actions," he told a news conference, adding that he was "in favour of action that has a useful outcome".

"I didn't hear anybody in the world say: let's not send our athletes," Macron said. "So we're talking about something rather symbolic."

France would instead work with the International Olympic Committee on a charter guaranteeing the protection of athletes "given what has happened over recent weeks", Macron said in an apparent reference to the case of Chinese tennis player Peng Shuai, who disappeared for three weeks after she made sexual assault accusations on social media against a former top Communist Party politician.

"I don't think we should politicise these topics, especially if it's to take steps that are insignificant and symbolic," he said.

On Wednesday Australia, the United Kingdom and Canada followed the United States and announced diplomatic boycotts of the Beijing Games because of concerns over China's human rights record.

General » Be a reporter: Write and send your article » Subscribe for news alert
Tags: Oly2022, China, US, diplomacy, France