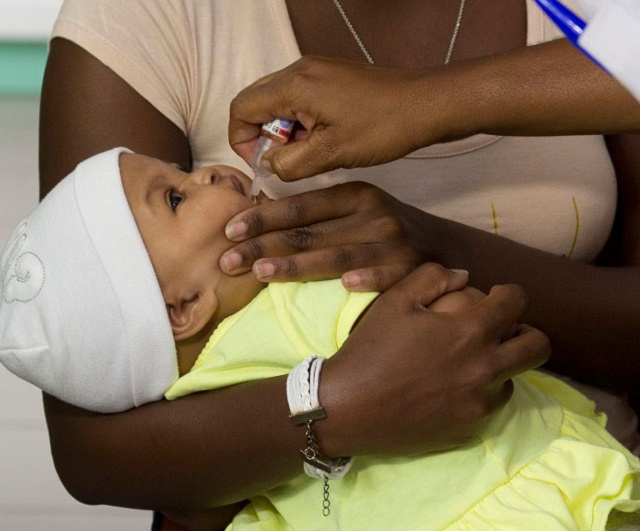 Bijoux said the health department is moving away from oral vaccination as from the start of next year and will begin administering injection instead. (File photo: Salifa Magnan, Seychelles News Agency)

(Seychelles News Agency) - Public health authorities in Seychelles are urging residents to continue to take the vaccine against polio, which hasn't been seen in Seychelles since 1966.

Florida Bijoux, the programme manager for the expanded programme for immunisation in the Department of Health, said dangerous conditions could return if people don't immunise against it.

"We cannot force people to take it, but we need to make it understood that when the vaccine is not taken, other people are being affected as well. In the future we will be working on certain laws to oblige people to take their vaccine," said Bijoux.

Seychelles last month was awarded the 'wild-polio free' certification from the World Health Organisation (WHO), which recognizes the island nation as having contained and managed polio. The certification was awarded to the archipelago in the western Indian Ocean in a virtual conference of Africa Regional Certification Commission (ARCC) for polio eradication.

"The status reflects the sound programme that we have put together as a country to get rid of the virus. Although there is no poliovirus in Seychelles, we will carry on with our national vaccination programme," Bijoux told SNA on Thursday.

Polio, or poliomyelitis, is a virus causing paralysis mainly in children and affects the spinal cord and can spread from person to person through direct contact. In the 1980s there were up to 350,000 cases per year globally; today there are only a few dozen, mainly in Afghanistan, Nigeria and Pakistan.

As part of an effort to better maintain the polio free status of Seychelles, Bijoux told the Seychelles Broadcasting (SBC) reporters that the health department is moving away from oral vaccination as from the start of next year and will begin administering injection instead to people.

She added that the health department is continuously giving vaccines to maintain the Seychelles status given the fact that polio is still in existence in other countries.

While the campaign against 'wild polio' began in 1960 when the Oral Polio Vaccine (OPV) was initiated, efforts in Seychelles truly took off in 1966, when a mass immunization campaign against polio, for babies and school children was conducted, following the detection of a positive case for wild polio. Since then, there have been no polio cases diagnosed in Seychelles.